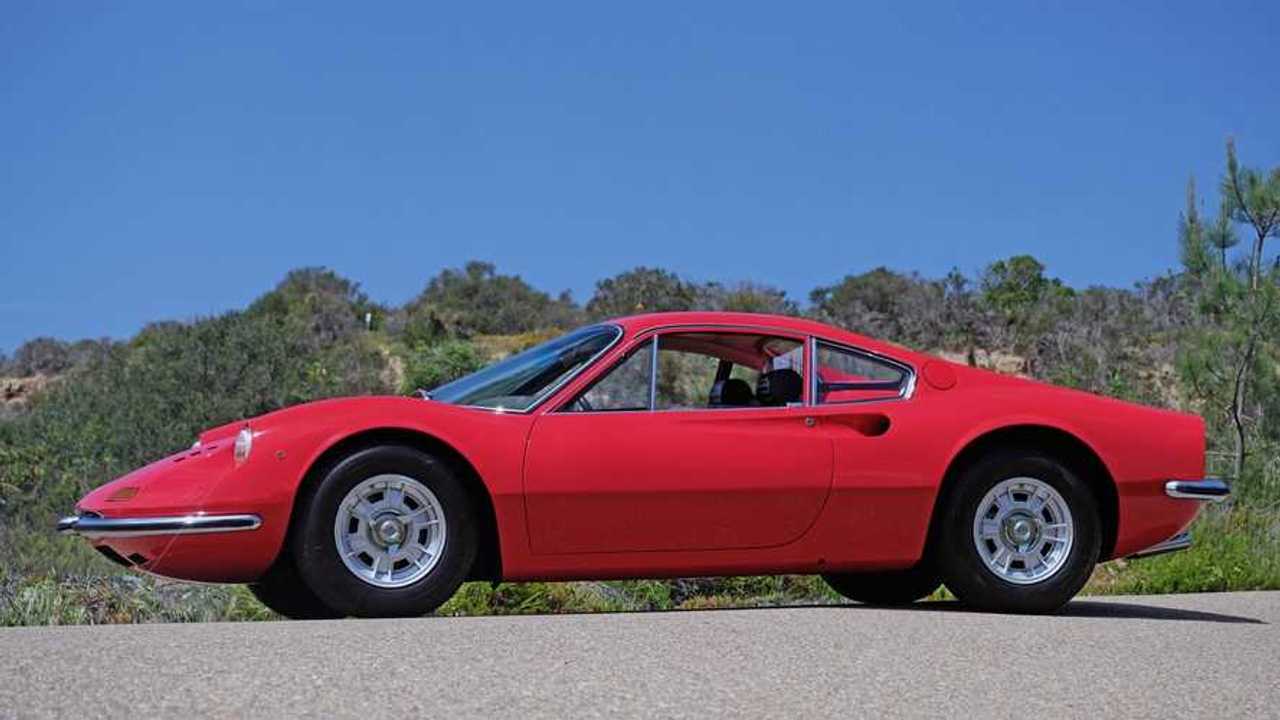 The baby Ferrari has always been recognised as one of the most stunning designs, and this one is part of the famous L model range

The 246 GT is one of the all time greats. Ferrari’s first foray into the world of mid-engined sports cars (in all but name) carried them to where they are today, for Enzo had initially been sceptical of Lamborghini’s efforts with the Miura. Whilst Enzo may not have realised, the setup was such a success that it wasn’t until the 550 Maranello of the late nineties that a front engined Ferrari would exist once more.

Before his tragic death at the age of 24, Alfredo Ferrari had wanted to move towards a smaller displacement and more cost effective sports car to open up the brand to a wider target audience. The 206 GT was the first to arrive, although it only enjoyed a short life span due to financial problems plaguing the prancing horse.

The 206 was branded as a Dino in memorial to Enzo’s son, and with it the 206 model designation stood for the 2 liter V6 motor that was used. The tiny powerplant hailed from Formula 2, and as such had one incredible party piece; a 7800 RPM powerband that could easily be exceeded with assurance.

Due to insolvency, FIAT acquired Ferrari during the 206’s production, and saw that despite it being dubbed as the ‘affordable Ferrari’, it actually cost the company double to produce than they were able to sell the car for. FIAT were on the brink of cancelling the production run, when they discovered parts to build 500 had already been made and shipped. The 206 transformed into the 246, with a new 2.4 liter V6 being used upping power to 195 horsepower, along with a whole host of cost cutting features.

The car was particularly expensive to produce as a result of Enzo essentially using the prototype's unaltered design into production. As such, it simply took the world’s breath away.

The first batch of 246’s using these pre-produced parts form a particularly rare model dubbed the ‘L Type’, with this car being one such example. Cues like the spin lock wheels were additions that were removed with its M and E model successors.

This particular car was originally Giallo Fly (Fly Yellow) from the factory and has since been repainted in Rosso Dino. With just 40,000 miles on the odometer, this has to be snapped up soon so don’t miss out!

Continue the conversation about these rare L models on Ferrari Chat, and better yet dive into the dedicated 206/246 forum!

Fancy A Taste Of Your Magnum PI Fantasties? Buy This Ferrari!