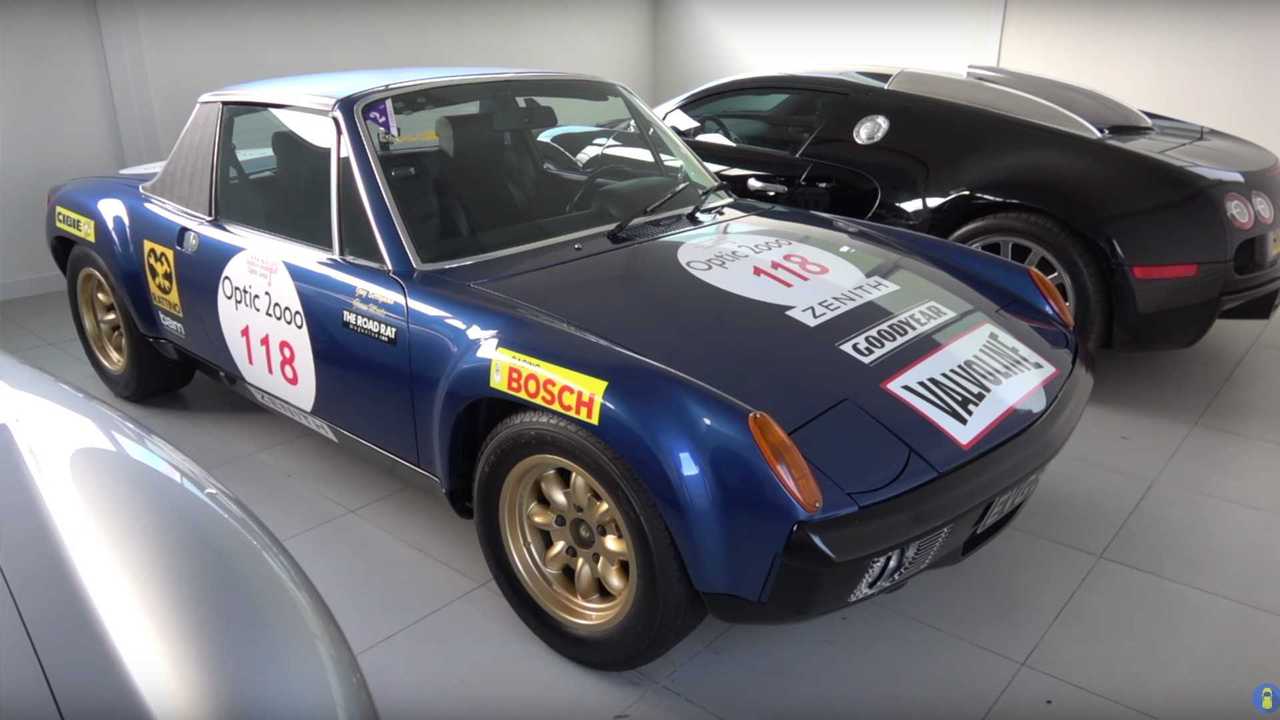 So, you’re in a world famous band and are a huge petrolhead, what would you do? Building an eclectic mix of iconic classic cars and modern-day performance models is a given, but Coldplay's Guy Berryman wanted to do more. He set up ‘The Road Rat’ a stylish new automotive magazine and runs it from his incredible garage.

YouTuber Mr JWW went to take a look around at the musician’s converted barn in the UK. This rustic building hosts a modern interior with an office upstairs where ’the magic happens.’ A small team beaver away to create each issue of the magazine, even boxing them before they are shipped to suppliers. However, it’s Berryman’s garage downstairs that caught our attention.

The first car that might capture your attention is a pristine Bugatti Veyron. A landmark machine by anyone’s standards, and one the Guy Berryman appreciates. ‘To me this is a classic car. It was such a game changer when it came out.’ He goes on to liken it to the Jaguar XKE and Lamborghini Miura as a similar watershed moment for performance cars — he’s not wrong.

Next to the Veyron is a pair of classic Porsches. A 914/6 in a fantastic color scheme of blue and gold is a well-used member of the garage, but is somewhat outshine by the beautiful Porsche 356 Carrera Speedster Zagato. This rare Zagato was part of an anniversary continuation project and modelled on a one-off racer lost in a crash decades ago.

Described as ‘the most French car that exists’ by Berryman, his Citroen SM is a grand machine that’s full of the quirky design that made Citroen famous. Packed full of innovation for its time, we are pretty envious of this now very rare French beauty.

One of the Coldplay member’s latest acquisitions is a Lancia Flaminia Sport which has been bodied by famed Italian design house, Zagato. It is particularly special as it features a larger Flaminia Super Sport engine. This beauty is parked next to an Iso Grifo and a classic Porsche 911 S.

However, the undoubted king of the garage is the world’s only road registered Alpine A220. This exceptionally rare racer’s Gordini V8 engine is sought after, with only around 17 ever being built — Guy actually has two as he intends to take the car racing.

It’s a mighty impressive garage, and an impressive welcome into The Road Rat office each morning.

The Bugatti That Never Was: Bugatti 16C Galibier