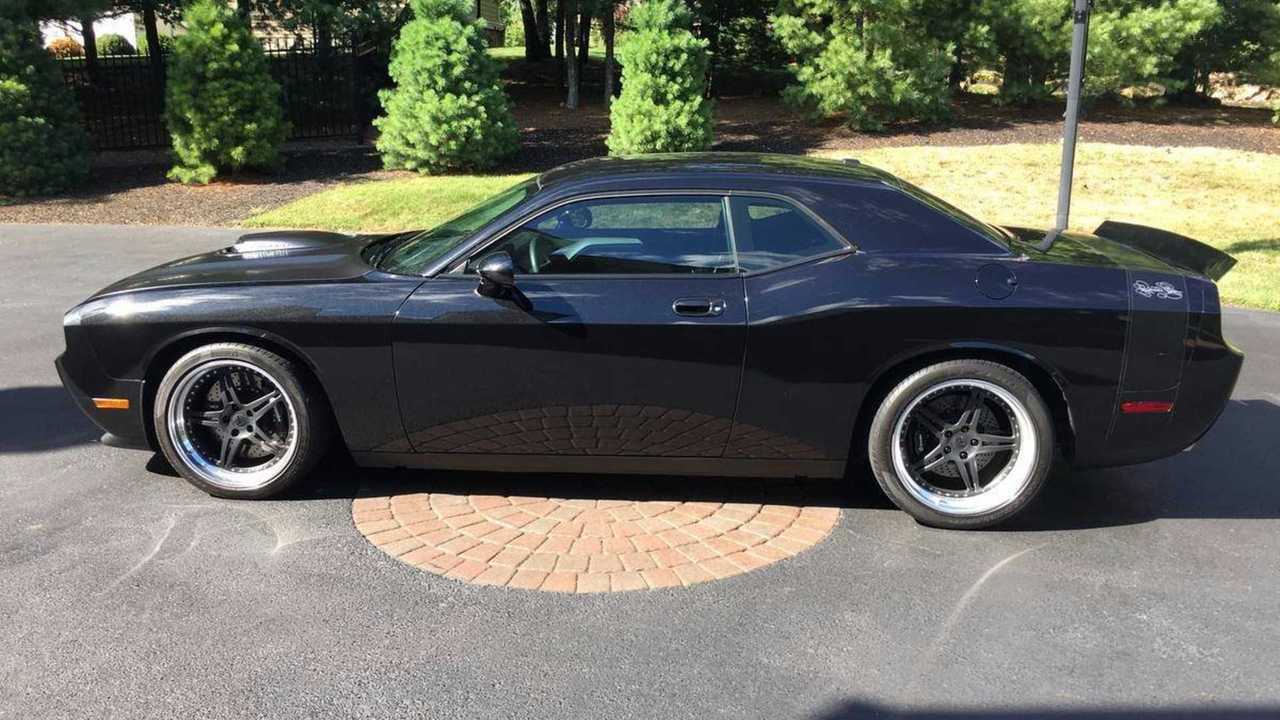 Car number 13 from Petty Garage's limited run of tuned 2010 Dodge Challengers could be yours for only $45K. Bargain!

This is no ordinary 2010 Dodge Challenger. Boasting a mere 12K on the odometer and radiating with rude health, the car offered here is rarer than an honest politician. Less than 20 of these beasts were made some nine years ago – and they pay tribute to an outright legend. Meet the seldom seen Richard Petty Signature Series Dodge Challenger.

Built by Petty’s Garage in Randleman, North Carolina, such association with the King of NASCAR ensured collector car status even when new. Powered by a 5.7-liter Hemi V8 VVT engine with a Roots-style Magnuson Supercharger, grunt was boosted to 610 horsepower and 550ft lbs of torque. For comparison's sake, a standard Challenger served up 425hp.

It wasn’t purely the drivetrain that received Petty’s full-on treatment, either. Various suspension modifications and additional Brembo brakes brought tighter handling to the table. There was so much extra work undertaken on each specimen that the cost of conversion was more than the car itself. The total price back in 2010 was $80K ($93K with 2019 contemporary inflation).

Bearing that price in mind, this example is somewhat of a bargain. For the grand total of $44,900 (or $611 per month) you can bag the 13th car produced in Petty’s Signature Series Dodge Challenger lineage. Not that the car is badged as such. Due to Petty’s superstitious nature, they decided to gift the thirteenth car a special number – #67; in honor of Richard’s incredible 1967 NASCAR Championship season.

During the legendary ’67 racing period, Petty claimed the top podium space no-less than 27 times, granting himself a charismatic upgrade from ‘the Randleman Rocket’ to ‘King Richard’. Bearing such an official production number, this could perhaps be the ultimate Petty Challenger from the limited production run.

While it remains true that you can now purchase a faster Challenger straight from the Dodge dealer, little compares to the heritage and engineering lurking beneath this special machine. We can assure you that any factory-fresh Dodge Challenger won’t have Richard Petty and Buddy Arrington’s signature within the rev counter, or those special motifs on the door cards. Wait until you see them…

Stored in a heated garage since the day it was completed, you'd be forgiven for believing this example is brand new. The Dodge has also escaped almost all wear and tear, maintained to within an inch of its life. As you can imagine, having enjoyed such fastidious care, all the relevant documentation that was handed out when the vehicle was new is included in the sale.

Currently in faultless condition with a perfect Car Fax report, if you feel the urge to acquire this slice of automotive history, don’t hang around. For the vehicle probably won’t either. Get a closer look at the 2010 #67 Richard Petty Signature Series Dodge Challenger here.

The Dodge M37 Is An Unsung Hero Of The Korean War