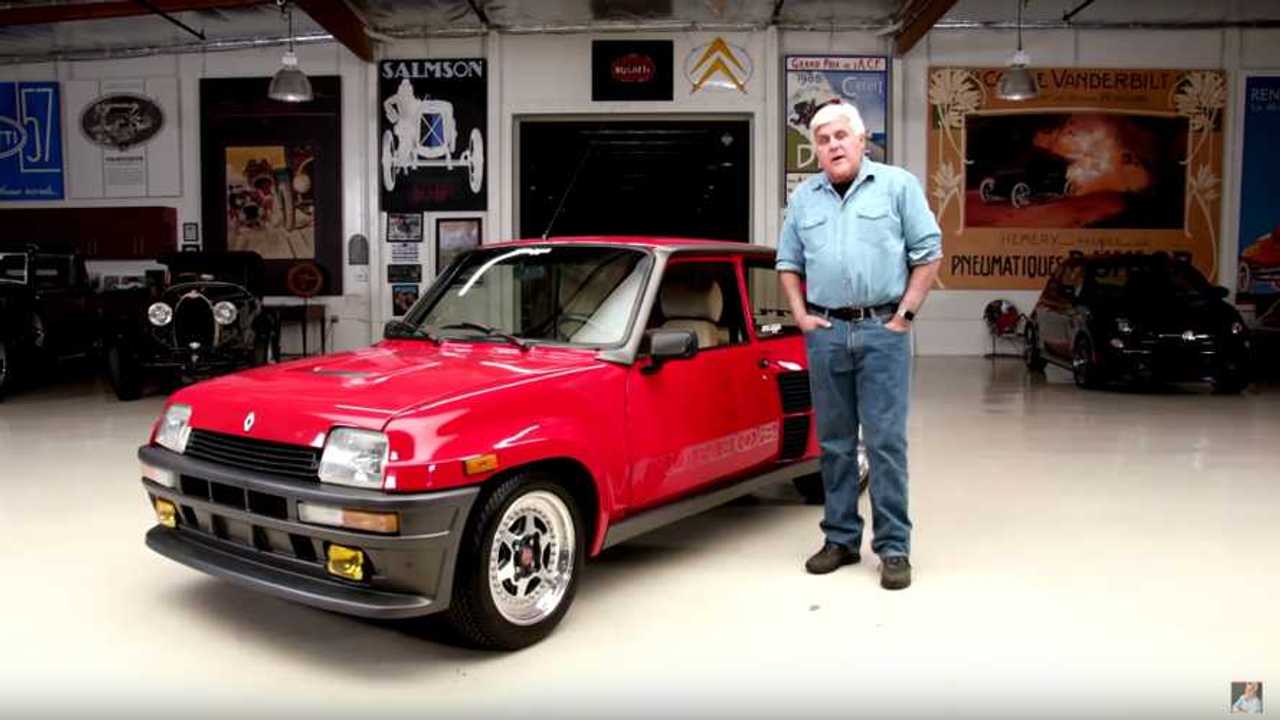 Built for homologation, the Renault 5 Turbo is a mid-engined hot hatchback from the world of rallying

Today hot hatchbacks are all the rage with a manufacturer fueled arms race producing ever more capable machines. However, hot hatches of the 1980s were powered by their marque’s desire to compete in motorsport. This immaculate 1985 Renault R5 Turbo 2 is this week’s guest at Jay Leno’s famed garage.

Isn’t it bonkers? The Renault R5 Turbo 2 is a mid-engined hatchback that sports a swollen bodykit to hide much of the motorsport goodies framed into the short wheelbase. Finished in red with distinctive Gotti wheels, this car belongs to Randy Nonnenberg of BringATrailer who spent some time trying to track one down.

The Turbo 2 wasn’t involved in Group B rallying, but the ethos of creating something almost bespoke, building the minimum number of road cars for homologation, and then going racing with an inherent advantage was still in full force. Renault built 200 of these aluminum roofed racers for the street before hitting the rally stages with the pocket rocket. Jay remarks ‘It was a car I was just fascinated by, because it was a car you just couldn’t get in America.’

The most interesting element of the Turbo 2 is its mid-engine layout. The car’s small footprint means that the engine is plumbed into where the rear seats would traditionally be — making the Renault a strict two-seat model. It is accessed via the rear hatch with the compact motor placed centrally for better weight distribution. Under the hood is simply a spare tire. This car is a highly original example with just a few tweaks to the engine management system.

Randy first heard about this car when his colleague mentioned that a Renault 5 Turbo had just been sent in via E-Mail, although it needed some mechanical attention. He went to visit the man in Nevada and ended up paying the full asking price for this rare hot hatch. It needed a new turbo and an engine rebuild, but today runs fantastically.

Check out the video to watch Jay Leno hit the streets in this 1980s performance icon.