Only Six Of These Top Whack 1969 Chevrolet Biscaynes Ever Existed 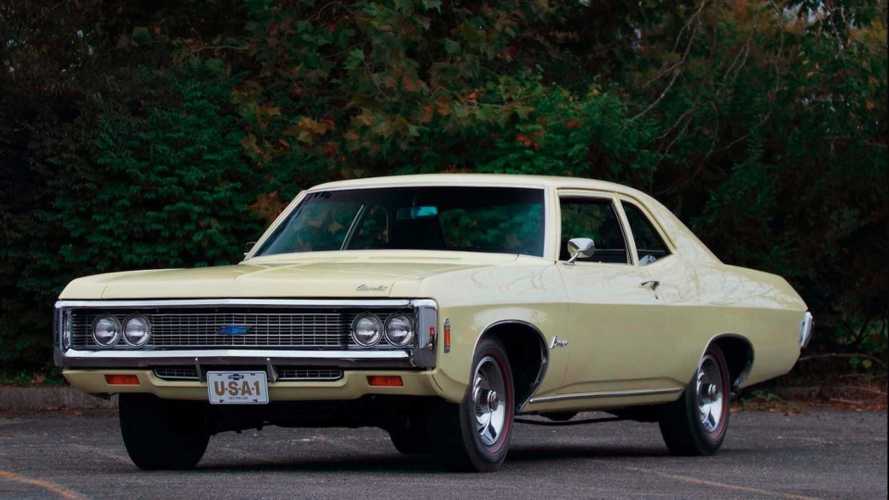 Incredibly rare and an excellent collector's item, this 1 of 6 Chevrolet Biscayne is heading under the hammer with GAA Classic Cars on July 27

The third-generation Chevrolet Biscayne appears to be one of those ‘forgotten’ classics. While the market focuses on first-gen Mustangs and all things V8, Chevy’s full-size barge of swinging sixties proportions has struggled to develop a cult following. Yet, to those who appreciate lesser-loved machines, culture’s dimmed view keeps prices within the realms of us mere mortals.

GM’s all-new 1965 Biscayne took refinement and size to the next level, offering a wide array of engines and enough freeway clout to send lesser vehicles diving for the nearest off-ramp. Although progressive automotive styling left the Biscayne’s third incarnation ‘boxy’ and ‘dated’, the shape has aged handsomely in a world dominated by MPVs. None more so than the 1969 example offered by GAA Classic Cars during their upcoming classic car auction.

Ordered on April 4 1969, rolling down the factory line on April 16, and delivered new to the vehicle’s first owner five days later at Matthews-Hargreaves Chevrolet in Pontiac, Michigan, this Biscayne is one of only six examples to have been specified with M22 & top-whack engine options. For anybody interested in American muscle, the best part of this car lurks under the hood.

Prize open the hood catch and you’ve got a matching numbers 427 cubic inch L72 V8 engine, churning out 425-horsepower. Nought to 60mph is reportedly completed in under 8 seconds, with top speed quoted from manufacturer documentation as 126mph.

The powerplant can still pull these punches after 50 years on America’s tarmac too, unlike so many other examples out there. Having undergone a stripdown rebuild by Dansler of Sylva, North Carolina, this Chevy’s drivetrain radiates with all the factory-installed grunt you could possibly need.

To sweeten the deal, what has been fettled was far from abused. The owner believes that the odometer reading of 27,668 miles is correct. Not that you can tell, as the rest of the car was restored by GT Graphics of Franklin, NC, from 2013-2015. Since then, the Biscayne has been stored at the Floyd Garrett Muscle Car Museum.

As an added bonus, the Chevy is sold with its original build sheet, copy of the original title and a copy of the delivery check sheet. The original spare wheel has apparently never been touched, although we would advise keeping that aside and purchasing a new tire.

Get a closer look at the 1 of 6 Chevrolet Biscayne with GAA Classic Cars here.