This Near Delivery Mileage GT Is Perfect For Your Collection 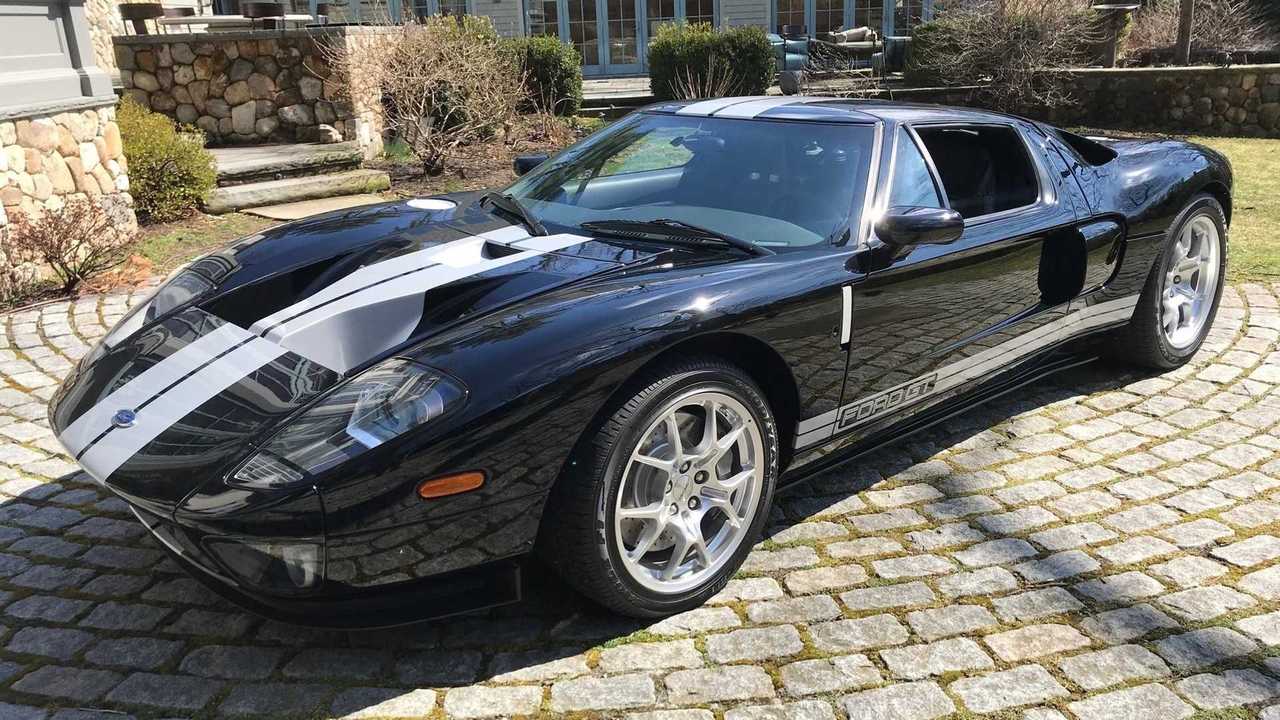 Back in 1966 Ford proved to the world that America could make race cars to beat the best. With their iconic win at Le Mans in 1966 after several pain staking years of failure, Ford managed the impossible, and stole the crown from Ferrari.

With Ford’s centenary imminent, Ford knew they had to drop something big. For the 2002 North American International Auto Show, they had their mic drop moment. The GT40 was back.

Despite sitting three inches taller than the originals 40 inch height, the designers had nailed the concept to perfection. By the end of 2004 the car was put into production, yet Ford missed sales targets over the course of its production and had several in their inventory for some time. Although this may have been the case between 2004 and 2006, the GT is now a true up and coming collectors item, with skyrocketing prices since the original MSRP of $139,995, which later rose to $149,995.

Fitted with an all aluminium version of the F-150 Lightning’s 5.4 liter V8, 550-horsepower is deployed with fire and fury, screaming past 60 miles per hour in an astonishing 3.3 seconds. Remember, this was 15 years ago, which made for fairly mental statistics that still raise eyebrows in 2019.

Examples such as this one from Classic Motorcars of Holliston Massachusetts, however, are few and far between. Most have enjoyed a cosseted life, with others being modified to produce several thousand horsepower. Then, there are cars like this. This particular 2005 GT has enjoyed just 500 miles in the last 14 years. A number so small, one could easily distinguish it for a brand new example.

This GT is one of just 292 produced for that model year in the color combination you see here, Mark II Black with complementing Silver LeMans stripes. Considering how values have been soaring in recent times, a GT which can boast three figures mileage for $329,000 has to be exceptional value?

For more information, visit Classic Motorcars for a large inventory of photos and a detailed description.