Is This The World's Most Beautiful Duesenberg Model J? 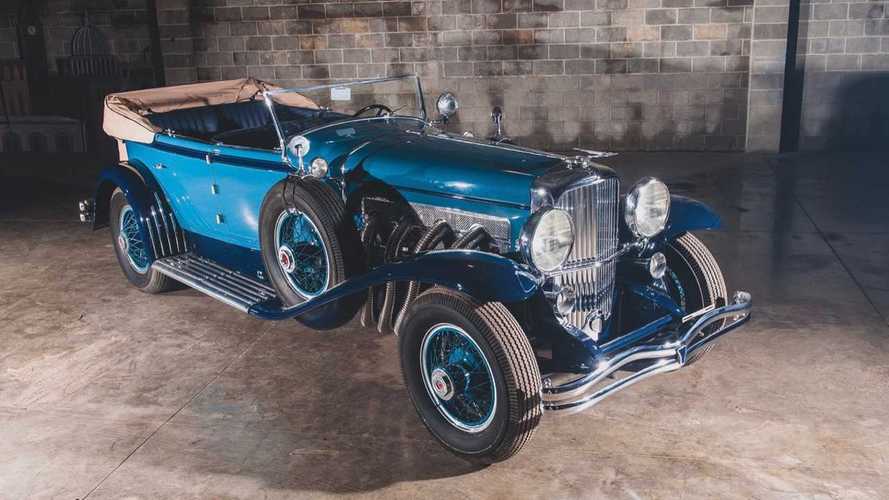 This 1930 Duesenberg Model J Convertible Sedan by Murphy is heading to auction with an upper estimate of $1.1 Million

Today, people covert marques such as Bugatti, Rolls-Royce, and Bentley as automotive royalty. For those seeking status symbols on wheels, nothing comes close. However, back in the roaring 1920s and early 1930s, the motor car to be seen in wasn't European - it was the American Duesenberg.

The Model J, in particular, was powerful, prestigious, and sought after by the biggest names in Hollywood. You can join their ranks with this highly original 1930 Duesenberg Model J Convertible Sedan by Murphy being auctioned by RM Sotheby’s.

This handsome blue Duesenberg appears immaculate and as resplendent as it did when leaving the factory in 1930. It remains impressively original with the car possessing the same bodywork, chassis, and engine — all numbers matching. Its Murphy coachwork is both purposeful and elegant, creating a machine that really makes a statement about its driver.

One of the first people to pilot this car when it was brand-new was famed American Indianapolis driver Leon Duray. Duray wrote a letter detailing just how impressed he was with the Duesenberg stating: ‘Car is perfect if there is such a thing. Completed fifty-two hundred miles on car today… Arrived here 8 P.M Sunday. Sleeping seven hours each night.’

The car had various owners over the years, but it was a Mr Watson who ordered its first restoration in 1958. He cherished the car and passed in on to his wife in 1974 after his death. The Model J remained in the Watson family with Mr and Mrs Watson’s son – Kitt – inheriting the car and submitting it for restoration again in 2003. Duesenberg specialist Chris Charlton’s Classic Car Services took pride in bringing the car back to its former glory.

In 2012 the car was sold to Mr Guyton who was a keen collector of vehicles connected to his mentor, a Mr Allen. Guyton admired Allen’s skill for mechanical engineering and knew the high standard of his work. This Duesenberg Model J Convertible Sedan became the pride of his collection.

The car comes with a detailed history file that includes period photographs, service histories, and registration information. Collectors will be pleased to know that this Model J is also accompanied by its correct trunk, with a three-piece set of fitted luggage, two suitcases, and a hatbox.