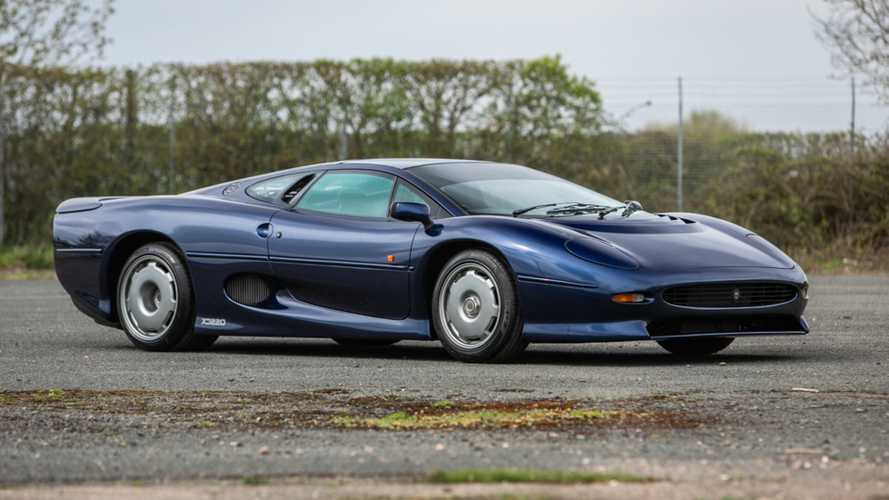 Two Jaguar XJ220s are the crown jewels of the Silverstone Auctions one day event at Heythrop Park.

The Jaguar XJ220 is certainly one of the most misunderstood supercars of its era. Due largely to a specification change that found engineers ditching the proposed V12 and all-wheel drive get up (in favor of a twin-turbo V6 and rear-wheel drive), some also view the British beast as somewhat of a disappointment.

However, people and collectors have finally awoken to the XJ220's merits. The supercar remains an incredible machine, and far from a second-rate failure. With values climbing, all eyes will be on Heythrop Park, UK, on May 11 – for Silverstone Auctions are auctioning off two stunning XJ220 examples.

If you’re after a right-hand drive model, the auction’s second XJ220 might be for you. Wearing a beautiful shade of Le Mans Blue, this example has just 700 miles logged upon the odoemeter and was recently discovered in a private car collection in Malaysia.

The original concept car for the XJ220 was finished just hours before its debut at the British International Motor Show of 1988. A 6.2-litre V12 was to sit at its centre with an advanced all-wheel drive system, thus creating one of the most potent supercars ever made. It is reported that over 1500 individuals registered an interest on the spot.

However, the reality was that the project’s costs were beginning to spiral, and it was decided to ditch the V12 and all-wheel-drive system – something that caused many buyers to cancel their order.

Late to market and lacking the headline grabbing features originally promised, the car was written-off by many before it had the chance to prove itself. Retrospective road tests now pin the XJ220 as one of the best performance cars of its era, rightly resetting the Jaguar’s deserved status.

Silverstone Auctions May sale also features plenty of other Jaguars of note including; a two owner 1965 E-Type Series 1 complete with original paintwork, an XK150, and a luxurious 1994 Jaguar XJS Convertible. There will also be plenty of historic Jaguar memorabilia up for grabs.

The auction will take place on Saturday 11 May 2019 at Heythrop Park in Oxfordshire, UK.