Why This Crashed 1989 Lamborghini Countach Breaks Our Heart 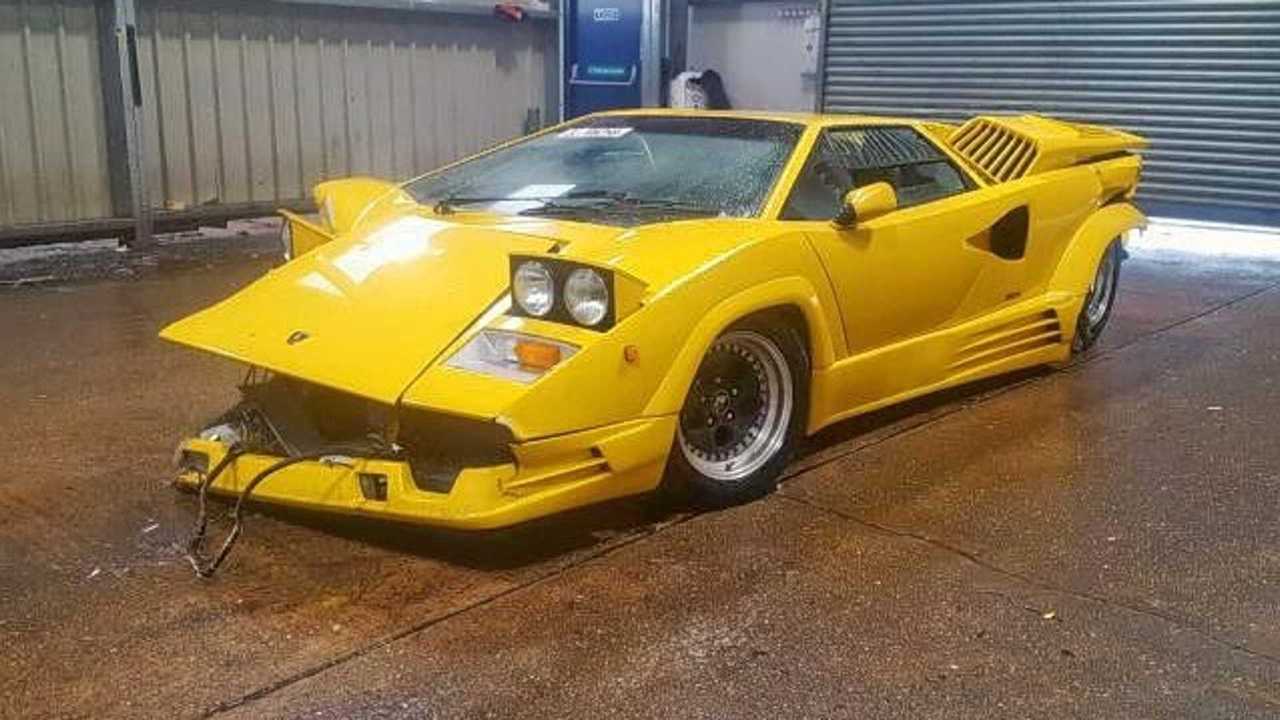 This 1989 Lamborghini has met its maker with a considerable amount of damage, but will someone save it to keep another in this realm?

We love all things Lamborghini at Motorious. Ferrucio Lamborghini, whilst having his little tractor empire, set new standards for supercar production. Having approached Enzo Ferrari with ideas on how to improve his roadgoing vehicles, in a typical Italian manner, many expletives were exchanged and Lamborghini decided to give it a whirl himself.

Starting with a crack team of Italy’s finest engineers, he gave ex-Ferrari bigwig – Giotto Bizzarrini – a simple task. He requested that Mr Bizzarrini make a V12 for the streets. Completely ignoring all instructions, Bizzarrini instead made an 11,000 RPM V12 for the track. As you do.

Having detuned this thunderous tsunami of Italian opera, it turned out the Lamborghini V12 was perfect for the customer base. It was used right up until 2010 in unadulterated form, offering radical power and an exhaust tone unlike any other. Starting with the Miura, Lamborghini then welcomed the bonkers Countach to the party. Right in the midst of an Arab Oil embargo, naturally.

Regardless of its difficult cultural birth, the Countach proved to be insane in almost every way, remaining in production from 1974 until 1990. Arguably, the Countach boasts status as the greatest supercar icon of its time. We all want one, but not like this.

Unlike typical featured vehicles, the one we have here resides in a rather sorry state. The previous owner, clearly having had a slight shake of excitement with their right foot, has caused quite considerable damage to this very late 1989 model.

Despite the lack of description, it remains clear to see that each panel has been mauled. Listed as a Category B write off, the Lambo is sadly sold for parts only. To make matters even more tear jerking, this is one of the 25th-anniversary models – incidentally designed by none other than Horacio Pagani; you might know him by his second name.

The 25th-anniversary edition was the curtain call for the Countach, and is widely regarded as the most refined of the bunch. It's also the quickest, screaming past 60 miles per hour in just 4.7 seconds before running all the way up to 183 miles per hour. Not half bad for a seventies design.

Although the sonorous V12 may never breathe life again in this particular chassis, you can be sure it will find a home in another Lambo with a less painful shunt. If it wasn’t for the estimated valuation of £300,000, we would buy the engine and put it in an Austin Metro, but that’s just us.

Fancy talking further about the Countach? Get yourself over to LamborghiniChat!