Ultra Low Mileage Laguna Seca Mustang Is Up For Auction 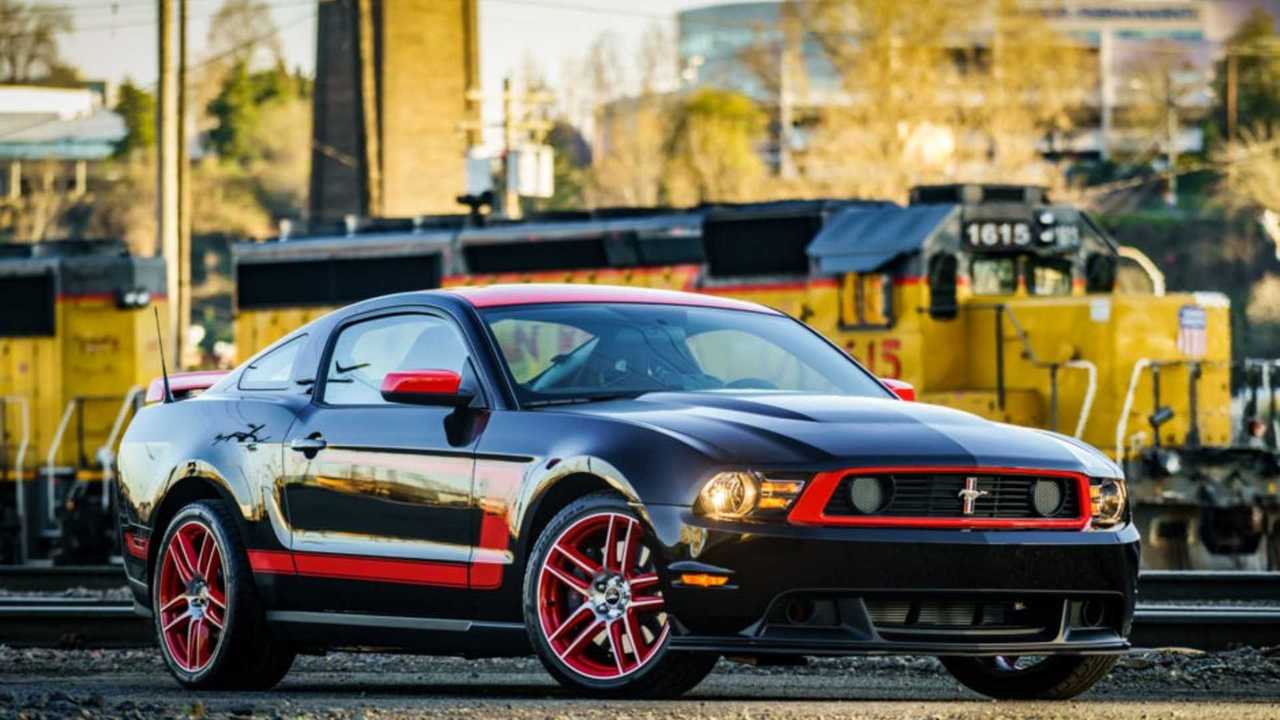 Mustangs throughout the noughties never really offered the lively driving dynamics that may have been associated with the model upon its first release. For America, the pony car category was born from this wild horse, and with it a lightweight construction with some spicy motors under the hood.

Aside from the SN95 Cobra SVT perhaps, lightweight Mustangs had all but vanished, but in 2011 Ford made an announcement. It was time to revive a name and a philosophy that we had been missing for too many years. The Boss 302 Laguna Seca package.

The GT’s 5.0 liter Coyote V8 was still there, albeit with some heavy reinforcements thanks to forged pistons, high lift cams and a new intake manifold, pushing power to 444 horsepower. These racey changes create a sound that will remind anyone of a seventies car chase, with the big V8 revving all the way up to a staggering 7500 RPM.

Naturally the boys from Detroit didn’t stop there; weight was then stripped from the car too with the concession of the rear seats, and in their place a menacing looking shock tower brace bulging out of the carpet.

Aerodynamics didn’t escape the magic touch either, with Ford pushing for this to be a true track toy they sculpted a front splitter that was so aggressive, they had to supply them unfitted to the cars to ensure they conformed to legislation, leaving it up to the owner to fit themselves.

For the icing on the proverbial cake, adjustable suspension and a full Brembo brake setup completed the package along with the legendary Boss graphics. This thing really looks the part.

The car featured here is a black version and boy does it look demonic. With red graphics this particular car is number 140 of the 767 production run. Perhaps the most alluring aspect of this example, however, is the mileage. Just 1,200 miles have been clocked on the odometer, likely making this one of the lowest mileage Laguna Seca’s worldwide.

With the original window sticker included in the sale, perhaps this will be a bargain in contrast to the original $48,465 price tag.

This 1973 Ford Mustang Mach 1 Is A Numbers Matching Beauty

Is the S197 Mustang A Modern Classic?