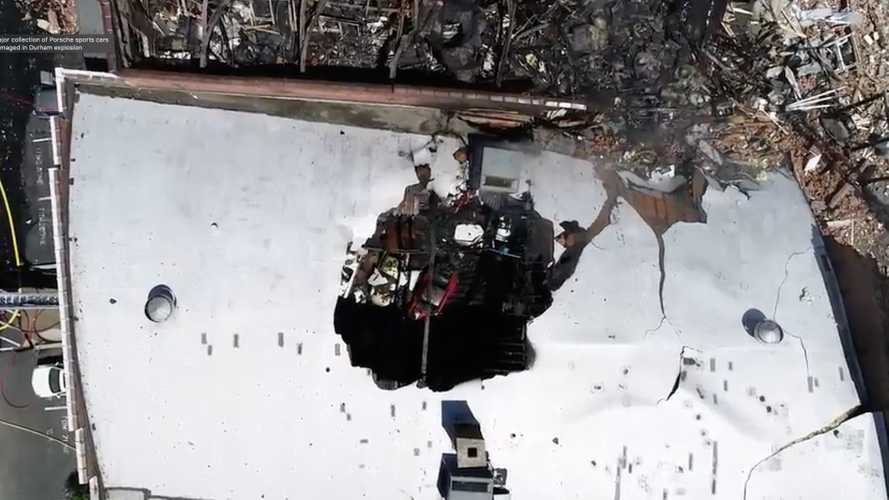 A large explosion rocked Durham, North Carolina on 10 April 2019, something that sadly claimed the life of one individual and injured 15. The cause of the accident on N. Duke Street is reported to be gas related, which would certainly explain the destruction. The building itself also contained one of America’s largest Porsche collections according to the Charlotte Observer.

The Ingram Collection consisted of some incredibly rare Porsche sports cars, including a 2.7 RS, numerous 356s, a Carrera GT, 959, and the latest Porsche 918 Spyder. It is said that the third oldest Porsche 356 in existence also fell victim to the destruction.

The rather unassuming red brick building didn’t boast about the treasures within, but video from the Charlotte Observer revealed a huge hole in the roof and the charred remains of what appears to be a 550 Spyder amongst other less identifiable wreckage.

Fire and flames have done their damage, as well as causing a large section of the roof to collapse. However, there might be some hope of salvaging the vehicles at the most extreme ends of the building.

Bob Ingram, a retired pharmaceuticals executive, and his wife reportedly started the collection in 1998 after a visit to the Monterey Historic Automobile Races. Since then, the pair had accumulated quite the number of classic cars. The explosion has therefore damaged the existing number of historic Porsches.

The images and video paint a dramatic picture of the destructive event that took place at 10am yesterday. First responders were quickly on the scene to get the fire under control and tend to the injured.

While it is a great shame that many classic Porsche’s were destroyed, the human cost is far greater. Our thoughts are with the 15 currently in hospital, and the family and friends of the person who tragically lost their life.

Inside The Iconic Porsche Museum Stuttgart