You'll Never Guess How Many Miles This Mercedes Has Covered 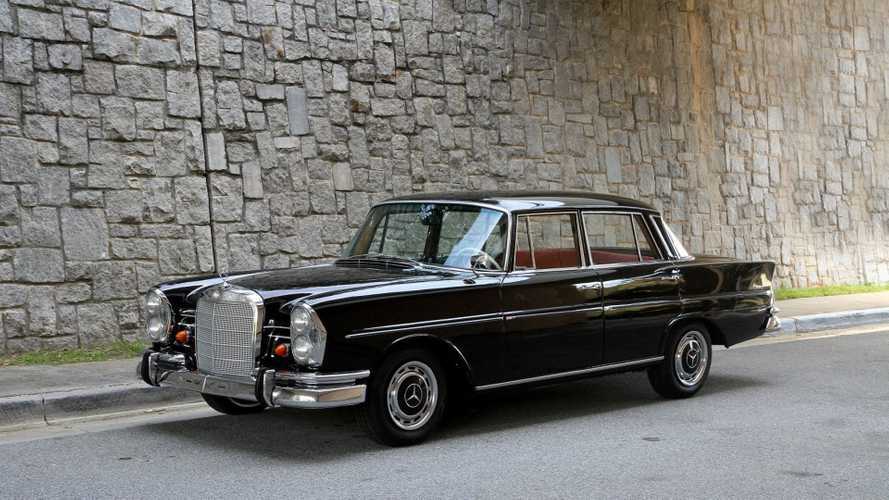 Some classic vehicles live their lives as garage queens, never seeing the light of day in fear of getting dusty. While impressive specimens in their preserved state, museum pieces are far more interesting when they have a story to them. This 1963 Mercedes-Benz 220 SEb ‘Fintail’ looks in great condition, so much so that you’d never guess what its actual mileage is.

Currently listed with Motorcar Studio, this classic Mercedes-Benz’s odometer currently reads just over 49,000 miles. Pretty low mileage, right? Well, the truth is that this car has been around the clock a few times with its true journey being a staggering 449,000 miles. That’s nearly the distance to the moon and back!

It might be hard to believe, but this 220 SEb covered most of that huge distance with just one owner. The gentleman in question lovingly drove his Mercedes from new in 1963 until his passing in 2017 — that’s 54 years. The well maintained car filled its original service book, but its custodian fashioned another, and another, that documents engine rebuilds along the way.

The 2.2-liter engine has been rebuilt twice in its life, with the most recent being 50,000 miles ago. Its description highlights how well the car drives stating ‘Despite the high mileage, this car doesn't feel tired at all (we've seen plenty of examples with a fraction of the mileage that are shabby and worn out)’.

Its black bodywork is in excellent condition thanks to residing in dry climates, and its red leather interior is just as impressive. The cabin has recently been reupholstered at considerable expense to complete a vehicle that deserves to be preserved. Its only deviation from factory specification is an A/C unit and an AM/FM/cassette stereo.

The 1963 Mercedes-Benz 220 SEb ‘Fintail’ currently has an asking price of $24,900. Considering its present condition and the amazing story that accompanies it, we think the car is well worth the cash.

We salute the gentleman who took pride in regularly driving his classic for 54 years.