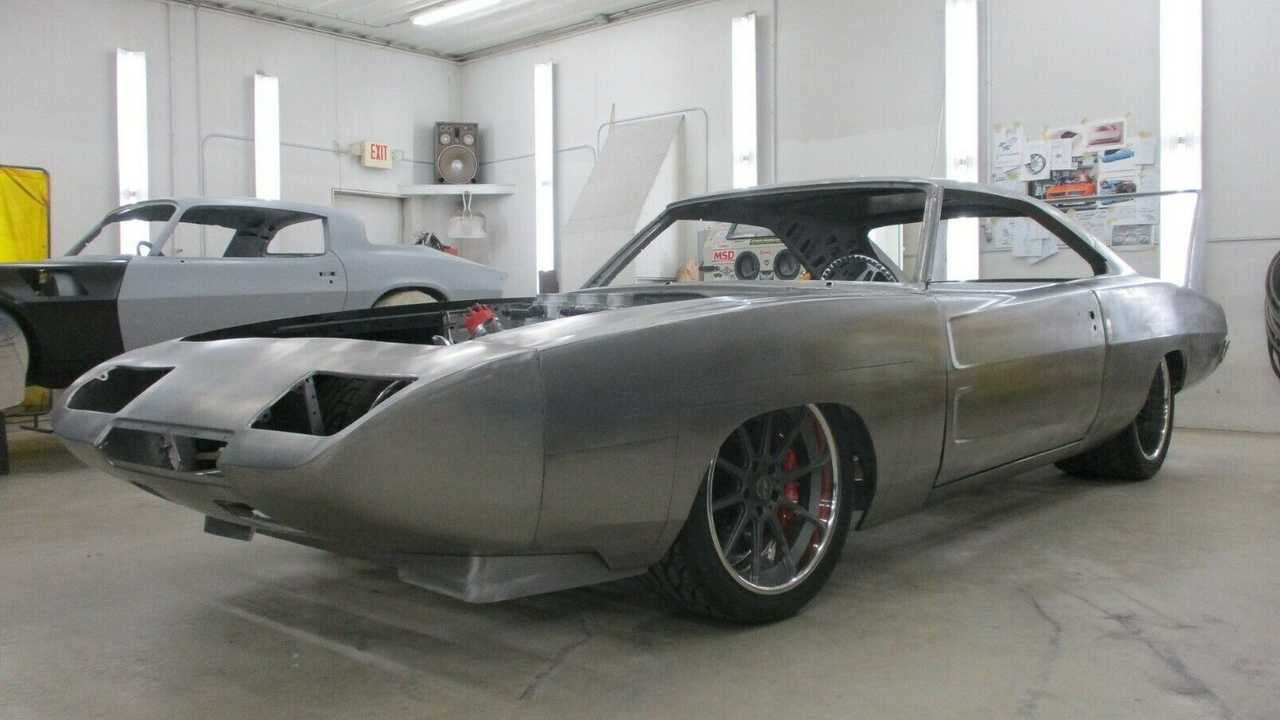 The Daytona has one of the weirdest stories from the car industry to date. Back in 1968 Ford was dominating NASCAR and Dodge was pretty fed up.

The Charger simply couldn’t keep up as a result of poor aerodynamics that gave it abysmal stability at high speed, quite an issue considering speed was the premise of the sport.

Dodge decided to give their motorsport division carte blanche with the sole purpose of winning NASCAR.

Their first attempts weren’t the best, and the Charger was given modifications to attempt fixing its stability issues at high speed. The Coronet’s face was stitched onto the front and the rear buttresses streamlined to reduce the air vacuums that caused many of the issues.

The Charger 500 was a significant improvement, however the Gran Torino was still wiping the floor with them.

Plymouth’s best driver, Richard Petty, was also pretty frustrated with their woeful attempts so arranged a drive with Ford and promptly left. He went on to win the first race in 1969 which was a red rag to a bull for Dodge.

The result of all this was the Dodge Daytona. A modified Charger with a gargantuan rear wing and odd nose cone was sent to General Manager Rob McCurry. His reaction was that it was the ugliest car he had ever seen, but if it would win races then he would turn a blind eye.

This is where things get weird. Chrysler had a missile division at the time and was working on behalf of the government. Nazi technology was brought back to America following the second world war and it was dubbed as Operation Paperclip.

Chrysler picked John Pointer, a rocket scientist, from the missile division and sent him to work on the Daytona project. Bearing in mind this was during the Cold War this was a rather epic move.

Once the car was complete it was sent for testing at Chrylser’s Chelsea Proving Ground, the result of all this wizardry? 204 miles per hour. Dodge had given specific instructions to their drivers that under no circumstances should they exceed 190 miles per hour. To make matters even more entertaining this was because Ford had spy planes, and they wanted to know what Dodge was cooking up.

When the car broke the NASCAR speed record Dodge knew they had made possibly the biggest industry secret ever witnessed, and only top brass were aware of the cars capabilities.

The Daytona entered the paddock for the first time in 1969 and went on to win seven out of the 10 races for that season.

As with all homologations, Dodge were required to build 500 Daytonas for public purchase. You could literally watch this weapon on the weekends and drive the same car to work in the week, that’s pure insanity.

Naturally these cars are worth ludicrous money now, with one selling for $900,000 setting a new record in 2015.

The car featured here is a replica of a ‘69 model using a genuine ‘70 Daytona as the basis. With over $150,000 having been dumped into the project this is evidently a labour of love. Sadly the vendor admits they cannot complete the project, but with a list of upgrades as tall as that rear wing, this is a complete bargain for somebody.

The brief was to create the ultimate pro-touring car, and judging by the time and effort spent so far, we can imagine that dream will quite easily come to fruition for the next owner.

Some highlights of the build include a fully custom built chassis with posi-trac rear axle, attached to a stroked 500 cubic-inch big block. With a budget of $300,000 this was not your average garden shed affair, it just needs someone to take it to the finish line. We salute you.

Insanely Rare 1998 Pontiac NASCAR Pace Car Could Be Yours!