Gaga For a First Generation F-150 Lightning? The Lady Herself Is 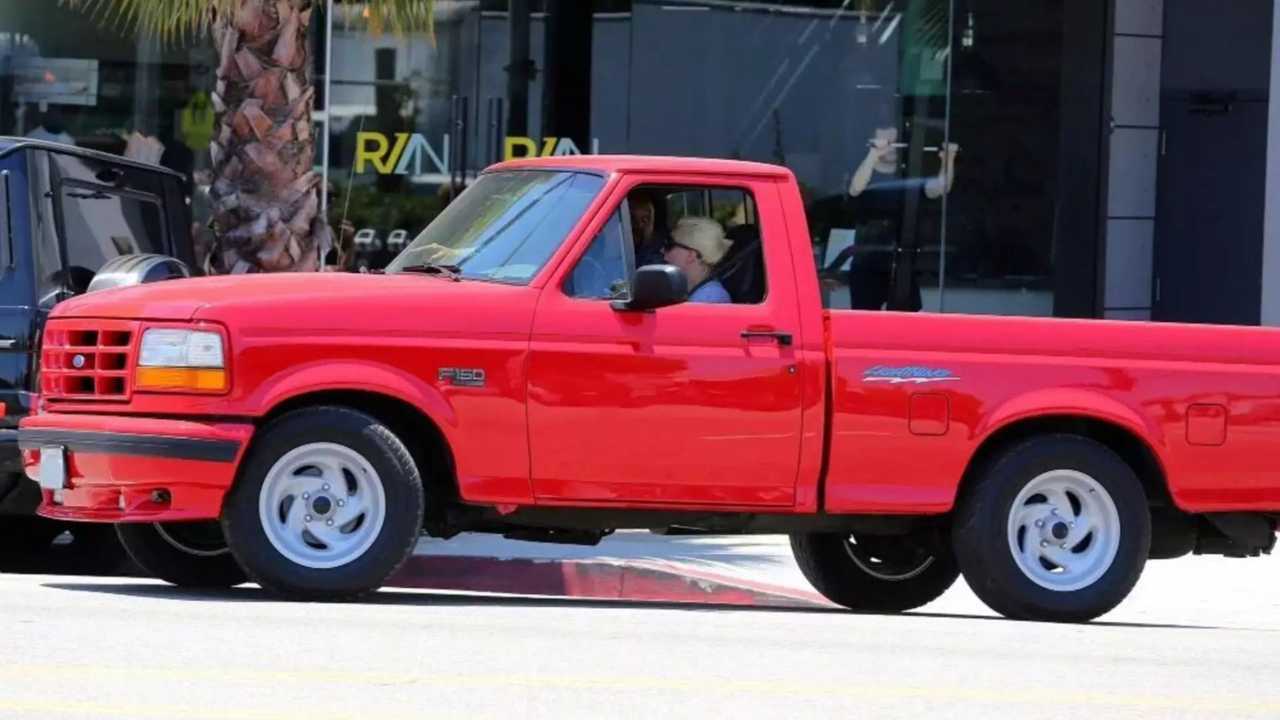 Many celebrities indulge in modern Lamborghini’s or the odd Bentley, but Lady Gaga has something much, much cooler

In a world of blinged up super cars owned by celebrities, one such Queen actually owns a truck. That someone is none other than Lady Gaga.

Despite a net worth of a staggering $300 million, Lady Gaga actually daily drives a first generation F-150 Lighting. Considering her net worth, she could literally have a farm of Ferrari 250 GTO’s if she so desired, but no. Why do that when you can have a badass truck instead.

A quick flick through her social media account reveals a plethora of images involving the iconic weapon. How many celebrities do you know who daily a modern classic that’s not suffocating in some hideous vinyl wrap? We salute her.

In 1993 Ford had clearly wiped out their stocks of beer one night as they dropped a vehicle that, like the iPad, no one knew they wanted.For the 45th anniversary of the best selling American vehicle of all time, Ford shot an F-150 with more adrenaline than Mia Wallace.

The result of all this red eyed ecstasy: the F-150 Lightning. Ford was well aware that their truck beat pretty much everything, mostly because they were selling them at speeds the world didn’t think possible. Even in their adverts they showed F-150’s towing their rivals up rocky inclines with a Chevy in the bed for added insanity.

Then the Lightning dropped from the sky. With a 5.8 liter V8 it was not only quicker than the Mustang GT of the era, but also could tow up to 8400 pounds. As expected the nation was rather speechless, but in a good way. A really good way.

By today’s standards the 5.8 liter V8 doesn’t exactly conjure up images of Zeus with its 240 hp, it was so insanely over engineered that its 0-60 time is exactly the same as the 2017 Ford Raptor with the 6.2 motor. Let that sink in. This thing is 26 years old. Its ultimate party piece, however, is the heads. They are GT40 heads. Fact.

With all this in mind, perhaps this should be a message to celebrities out there who enjoy what the car world has to offer. We can’t put on our Poker Face, an SVT special out of the Ford stables will always carry one hundred times more kudos than your Swarovski Mercedes.

For more information visit the original post on Motor 1.