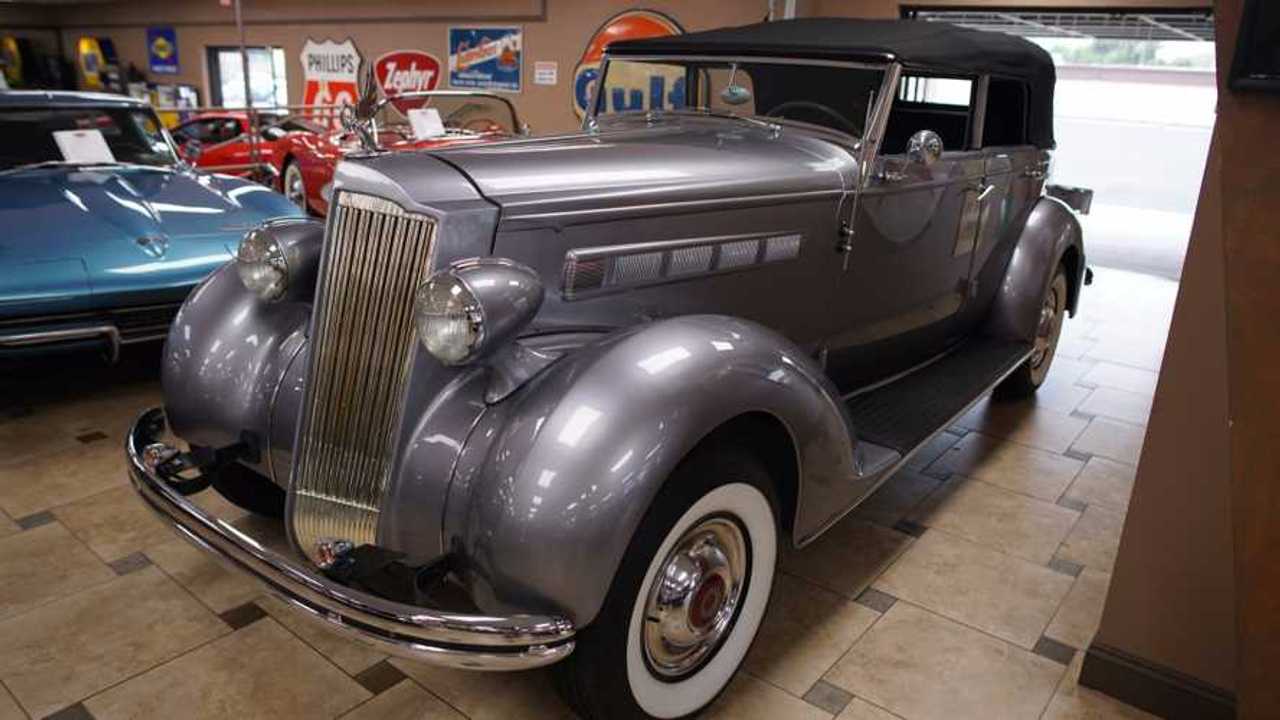 If you avoid pre-war collector classics because they are 'slow', then let this 1937 Packard 120 B teach you a lesson

What would you envision when presented with ownership of a 1936 Packard? The accelerative properties of wind erosion? The age-old styling of sandals? All the comfort of sex talk with your grandparents? Well, in this case anyway, you’d be wrong on all accounts.

While Packard’s nameplate was pulled from the marketplace in 1959, it’s no less an American automotive hero. Although defunct for six decades, the marque lives on within the collector car world for those with an appreciation for heritage. The demand remains strong enough for modern interpretations, too – such as this 1936 Packard 120 B with a difference. It’s wholeheartedly modern.

Pulled into the contemporary era by Ideal Classic Cars, this premium slice of Americana sports a potent 350 cubic-inch V8 under the hood mated to Turbo-Hydramatic 400 transmission and a nine-inch rear end. Naturally, this provides significant gain in drivability over the original setup. You will no longer be beaten away from the lights by a diesel-powered wheelbarrow.

That V8 isn’t there purely for noise and consumption sake, either. Power is estimated at 350 horses, meaning that Packard’s imposing pre-war aesthetics now radiates enough clout to nail most modern cars. This is no Grandad wagon. Unless your Grandfather happens to be Van Helsing.

More to the point, you’ve got the amenities of modern times wrapped up in universally admired styling. When behind that enormous steering wheel, gazing down the flowing hood towards the legendary Packard radiator ornament, we can promise you one thing. You’ll be grinning from ear to ear.

Nothing makes an automotive statement quite like old-school styling and modern drivetrain. Get a closer look at the 1936 Packard 120B here.

1927 Packard Discovered In Abandoned Factory After Over 40 Years