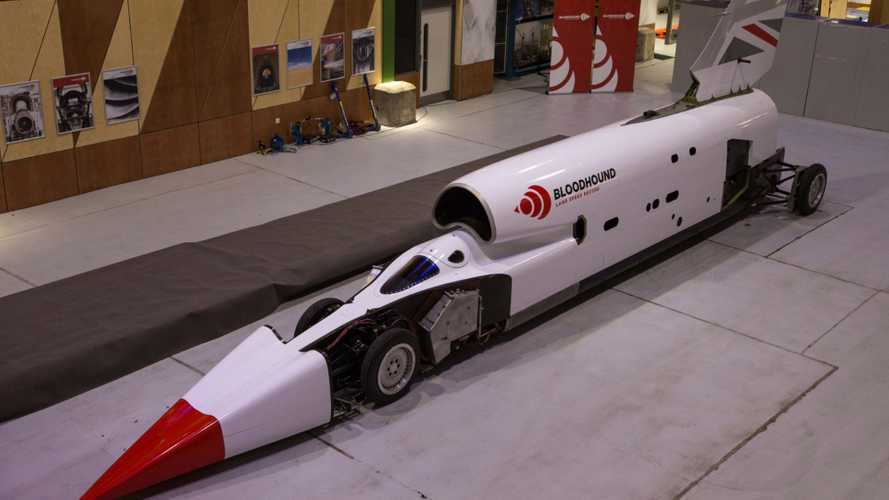 After going into administration last year, the record project has been relaunched by new owner Ian Warhurst

There’s not much positive news flowing from the UK at the present time, what with its complicated separation from the European Union dominating the news cycle. However, there is some good news from the island nation in the form of progress with the once troubled Bloodhound land speed record car. Wearing a fresh color scheme, the 1000mph attempt is back on track.

The Bloodhound Super Sonic Car project looked like it was at its end last year, with the team out of money and administrators knocking at the door. With no financial backers found, the lights were turned off on a decade-long crusade to build one of the most advanced man-made machines. However, upon hearing the crushing news that all of this hard work would never realise its potential, a man named Ian Warhurst stepped in.

There had previously been a glimmer of hope for Bloodhound SSC, as one potential investor could muster the cash, but not before the deadline. We now know said investor was Ian Warhurst who eventually managed to buy the project and its assets.

Mr. Warhust previously owned turbo manufacturer Melett until its sale in 2017, and is regarded as one of the UK’s most successful entrepreneurs. He reportedly leapt into action when his son text him the news of Bloodhounds demise and joked about how his dad should buy the car. "My kids keep saying that I should go and buy a fast car, so I like to joke about the fact that I went out and bought the fastest," Ian told the BBC.

Ian’s initial thoughts were to preserve the car and put it into a museum, but his entrepreneurial spirit won out. The project has been reborn with the ambition to pick up from where the initial 200mph tests at Newquay Airport left off in 2018.

The car has been presented in a new white with red livery, and has been rebranded Bloodhound LSR (Land Speed Record). It was presented at its new base of operations at Berkeley Green University Technical College with returning pilot Andy Green present. The idea behind the new colors is to mark a new chapter, and provide a blank canvas for fresh investors to populate. Ian Warhurst also told the BBC, "It is commercially viable. We believe the value of the sponsorship will easily pay for the project."

The aim is to ultimately run the car in two phases. Firstly, it will break the world land speed record (763mph) — something Ian has said it is capable of doing in its current configuration. Then, armed with the necessary data on how the car behaves at supersonic speeds, modifications can be made for the 1000mph run in phase 2. Ian Warhurst isn’t just bringing cashflow to the table, he’s bringing a strong business plan.

Powered by a Rolls-Royce EJ200 jet engine and a Nammo rocket, the Bloodhound LSR will use a specially prepared track at Hakskeen Pan in South Africa for its attempt.

Like a phenix from the ashes, the Bloodhound has been reborn.