1971 Buick Electra Deserves Your Love Too 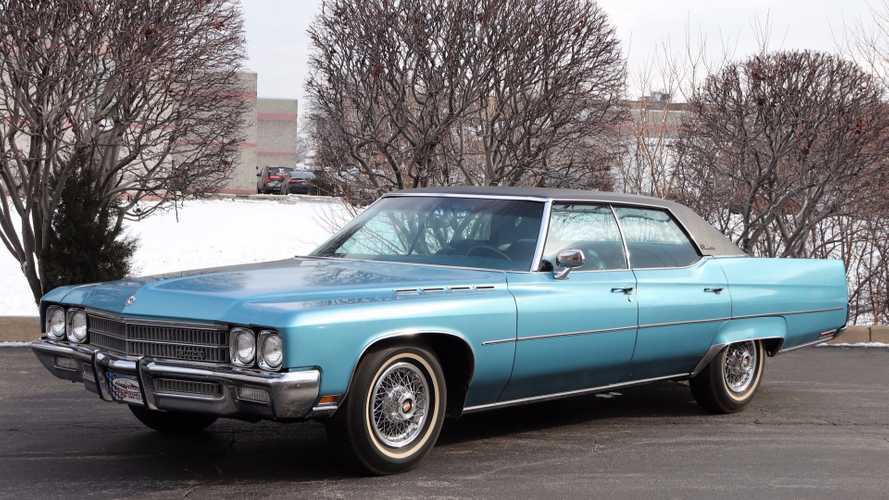 The Buick Electra is often overlooked when searching for a classic collector car. Here's one example that will make you think twice

Perhaps the definitive full-size luxury car for those of an understated nature, produced from 1959 until 1990 in various guises boasting V8 power, the Electra remains criminally overlooked on both home and foreign markets. Everybody yearns after the Mustang or a DeVille, casting a shadow over the comparatively humble Buick – but they are missing out.

This 1971 example for sale with Midwest Car Exchange proves such a claim. Besides radiating a prolific tarmac stance destined to send lesser cars diving for the nearest hedgerow, there’s decadent luxury oozing from every panel. Unlike the classic Mustang, there’s space to spare even with five heavy-set gentleman in residence – and a trunk large enough for more than one stool-pigeon.

Alongside its somewhat Gotti-esque vehicular authority, this Electra trumpets a seriously plush specification level as a ‘Custom’ model. These ludicrously-equipped variants propelled each owner well beyond the amenity ranks of mid-range specimens with liberally applied Woodgrain door inserts, a top-spec instrument panel and all manner of cabin upgrades.

The original Cascade Blue exterior paintwork appears to be blemish free, while the vehicle’s blue cloth seats seem devoid of tearing, fade or scars. In essence, this is pretty damn close to concours condition.

The price? Well, this slice of Buick goodness will set you back $10,500. It’s fancier than a similarly-priced Mustang, more comfortable than almost any other classic on the road, and capable of breaching 100km/h in under 10 seconds, courtesy of a burbling eight-cylinder exhaust note.

Get a closer look at the under-appreciated 1971 Buick Electra here.