Camaro: A Small Vicious Animal That Eats Mustangs For Breakfast 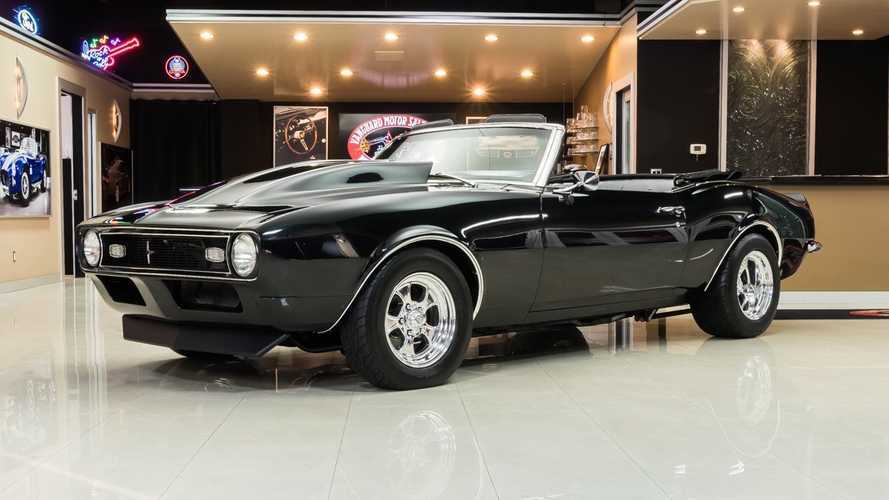 This restomod Chevrolet Camaro 454 ci supercharged is jaw dropping in every way, and harks back to GM’s Pete Estes iconic conference call to the press

The first generation Chevrolet Camaro was GM’s answer to Ford's new segment: the Pony Car. Taking the fight to Ford directly, GM were determined to beat the Mustang and, boy, did they pull out all the stops.

Pete Estes, who was general manager at the time, went as far as to generate the largest conference call ever undertaken to update the press on their latest model. The call was rather short and sweet, but certainly did the job.

Without so much as an explanation he revealed that the car was to be called Camaro. The press – rather bemused and inquisitive at this unknown name – asked what it was, to which Estes replied “It’s a small vicious animal that eats Mustangs”.

Although it’s one of the age-old debates, the car featured here certainly distracts us from the Mustang Vs. Camaro fight. This is a first generation convertible model that is one evil looking weapon, and certainly brings out Estes’ aspirations for the cars diet of Mustangs.

Hoods like that conceal one thing, a whacking great blower. Under the hood you will find a gargantuan 454 ci with a B&M supercharger strapped to the block. As one of the evilest looking Camaros we have seen in quite some time, this one leaves us frothing for more.

Resplendent in metallic black, the stance is beyond sinister. Complimentary deep dish rear wheels show some rather serious intent and, attached to a fully upgraded 9-inch Posi rear axle,  handles the power without protest.

Having undergone a full rotisserie restoration that was only completed in 2015, this Camaro is evidently as new as it looks. Despite its evil appearance and the ungodly power on tap, options like power steering and power brakes will make this weapon a cinch to cruise around in, even if all local wildlife has a group heart attack at the sound.

Is This The Ultimate Restomod De Tomaso Pantera?
Source: Motorious
++