Low Mileage XJS V12 Could Be A Bargain At Auction 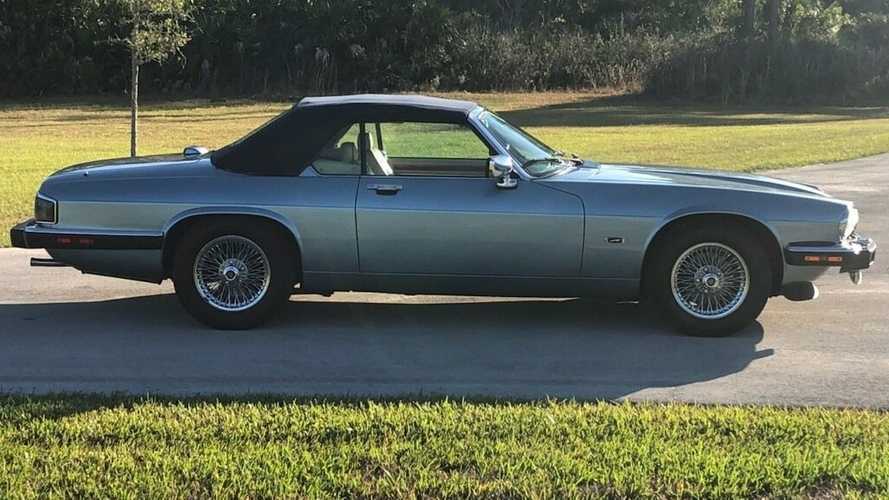 When Jaguar's new XJ-S was unveiled in 1975, everybody hated it. As a spiritual successor to the trend-setting XKE, Coventry's new flagship model failed to strike a chord with both marque clientele and enthusiast. The car's design-by-committee styling and conservative stance initially won the V12 Grand Tourer few admirers.

Adding to Jaguar's woes, Europe's ongoing oil crisis ensured that the XJ-S achieved little in the way of sales. Production all but stopped over a two year period, and nobody noticed. Not even publicity with Simon Templar in Return of the Saint revived showroom figures.

Public perception was so poor that even Jaguar bigwigs refused to drive one. Each BL chairman flatly denied requests to employ the XJ-S as a company car. However, despite British Leyland's well-documented antics of the period, the XJ-S (and later XJS run-out models) finally stepped out from the XKE's shadow with its own merits.

Enjoying a 21-year production run with some 115,000 examples rolling out the factory gates, the XJ-S generated huge popularity throughout the 1980s. Furthermore, and whisper this quietly, the XJ-S was – and remains – far superior to the XKE in almost every way. It makes for a solid investment on the contemporary market at present, too.

The car featured here is a facelifted model, redesigned slightly to inject waif-look bravado into an aging design durng the mid-1980s. That delicious 5.3-liter V12 still lurks under the hood, a derivative of the twelve cylinder you’ll find in the XKE Series III, providing smooth power and a top speed near 150mph.

Throw in a typical Jaguar colour combination of light blue metallic with sumptuous cream leather and you really do have the perfect example to roll down the coast with.

An interesting feature to note is this car has been fitted with a set of wire wheels bolted onto the commonplace five stud hub arrangement. Take a quick peek at the odometer, and this one sports just 38,000 miles from new. Judging by the condition from the photos, this is hardly surprising as it appears factory fresh. To seal the deal, the vendor assures it has always been garaged.

Assuming you have no fear for fuel consumption figures, these were seriously underrated cars in their time, and in some ways still are. With values finally on the rise, perhaps now is the time to take advantage of a saturated market place, and secure a far rarer low mileage, range-topping example like this one. Bidders will get a chance to try to take it home at the Charlotte Harbor Event Center when the March Premier auction gets underway!