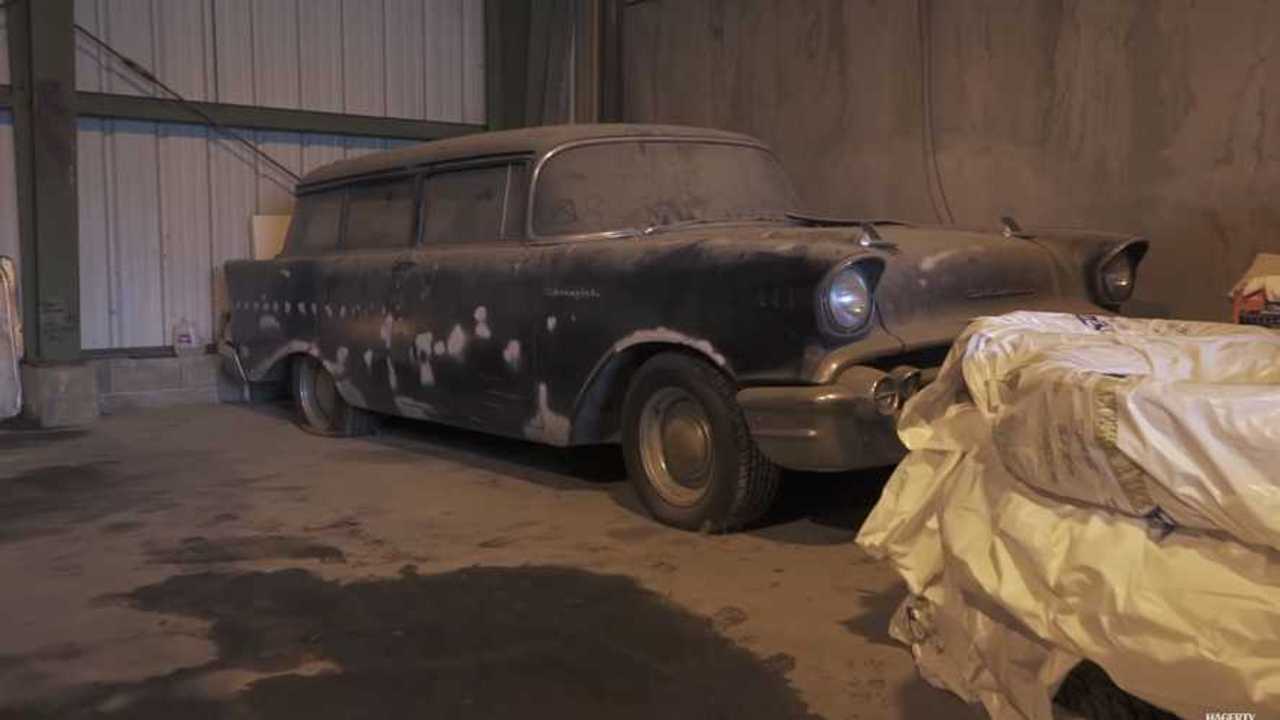 Tom Cotter continues his search of unique cars in Fairbanks, Alaska and discovers a Boss 302, ‘57 Chevy and a ‘47 Mercury Pickup

In this episode of Barn Find Hunter, Tom Cotter begins his journey using an old adage from fellow motoring journalist Peter Egan of Road & Track Magazine: If you want to look for old cars, go to a small airport, because the wings of an airplane leave lots of room to put cars underneath them.

Willie Vinton, curator and manager of the Fountainhead Auto Museum in Fairbanks, Alaska, was his first stop. With an interesting mix of cars in his hangar, the one that stands out above the rest is a 1947 Mercury one ton pickup. These were Canadian-built Fords, as you probably recognise, albeit with some subtle and intriguing trim alterations. Vinton searched for 25 years before discovering this example with gorgeous and totally unique patina.

The owner goes on to describe how it's entirely original, with the only modifications being an alternator and aluminium head conversion due to cracked originals. Under the hood you will also find the classic Ford Flathead V8. To put its own branding on the car, Mercury cut out the Ford embellishment on the tailgate and tack welded its own name in its place.

The next vehicle on the list is even more intriguing, and possibly one of the only examples left of its kind. To the untrained eye, the Chevrolet 1957 Sedan looks very similar to a period Nomad or Wagon. Vinton bought the vehicle in 1975 for $500 to use as his daily when attending law school. The car has sat in Vinton's hangar for 12 years, but Cotter is assured that it runs and drives just as it did when new.

Its real name is the 'Window/Sedan Delivery'. With 99,000 miles on it, the history of the car is a real feast for the discerning enthusiast. These cars were special order to the Government, and bought to use as the equivalent of modern day panel vans for the Department of Agriculture. All of them were offered with the basic 235ci straight-six. Vinton plans to rebuild the car as stock, and we can’t wait to see the finished product.

The final treat in store for viewers is a 1970 Boss Mustang 302 with original paint. The Boss 302 was put into production as Ford needed to homologate a car for the Trans Am Series, and was a direct response to the Chevrolet Camaro Z/28. The regulations for these cars included limiting the engines capacity to five liters. This particular car is actually available to purchase, with Cotter estimating its value at north of $60,000.

With his inaugural trip to Fairbanks still ongoing, Cotter pledges that there will be more discoveries in stock for viewers.

Will You Take Home This Barn Find 1960 Jaguar MK2?