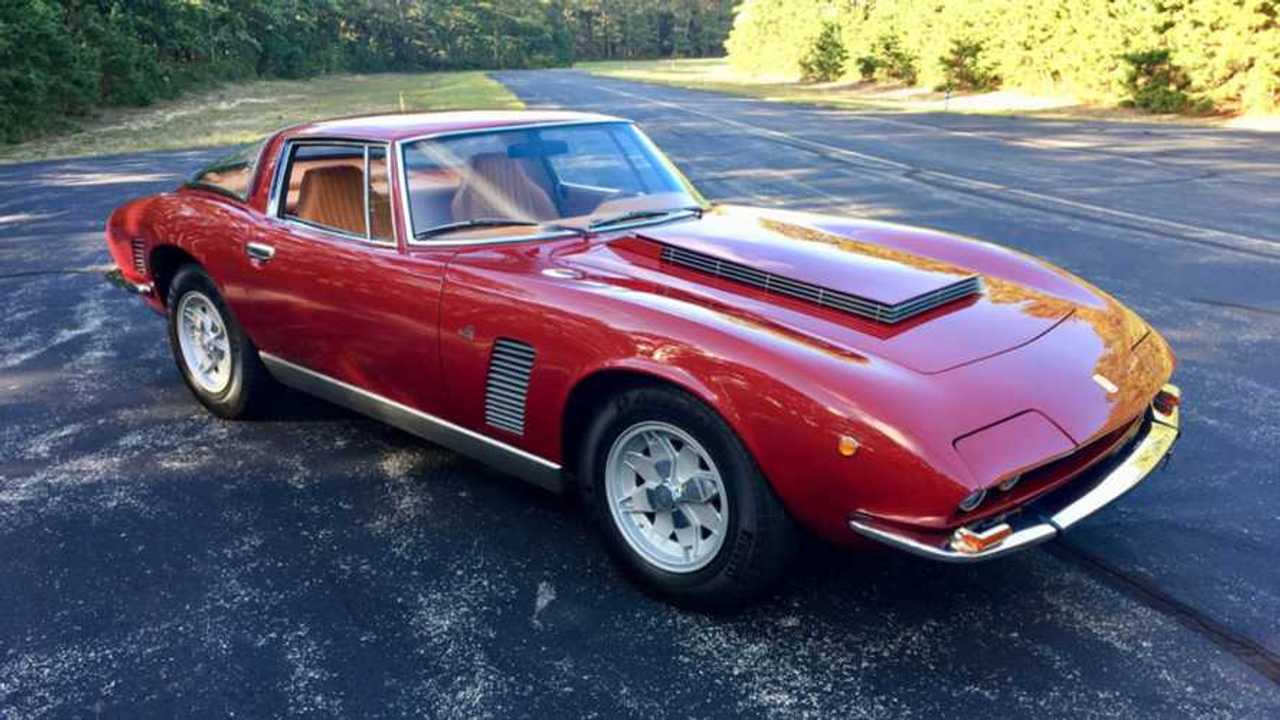 This handsome GT car doesn't wear a Prancing Horse, but it certainly deserves your attention

The classic car world is crammed with beautiful designs from across the globe. However, when it comes to style, the Italians have always boasted real talent. It’s not just the likes of Ferrari, Alfa Romeo, and Maserati that have offered four-wheeled works of art. The lesser known marque of Iso also provided exceptionally handsome machines – such as this Grifo.

Iso is best known for being behind the design of BMW’s Isetta, but the Grifo deserves its own share of the spotlight. This immaculate red example is currently part of the Stuart Parr Collection, listed for sale with just over 27,000 miles on the clock.

What a beautiful looking machine. Its powerful hood that stretches into the horizon blends into the sloping glasshouse and elegant rear quarters. This styling is the work of Giorgetto Giugiaro who who had worked for Bertone. The Cognac leather interior is just as captivating as the exterior thanks to high quality materials and intricate design.

Beneath the Italian body of all Iso Grifos beats an American heart, in this case a 350hp, 351 Ci Ford Cleveland V8 engine. Combined with an automatic transmission, this sophisticated GT is perfect for long distance cruising.

The Italian Iso company originally made household heating products and was very successful, but Renzo Rivolta, the company owner, was an ambitious man who wanted to do something more exciting. His first automotive effort was actually the aforementioned Isetta microcar which was then licensed to BMW.

With the handsome sums paid by BMW in royalty fees, Renzo began thinking about building sports cars. Working with design legends such as Nuccio Bertone and Giorgetto Giugiaro along with engineer Giotto Bizzarrini, Iso created its first GT car dubbed the Rivolta. The aim was to deliver the perks of an Italian GT with better reliability by using American engines. It was actually Bizzarrini who encouraged the company to build a sports car, a design that would ultimately become the Iso Grifo.

This well presented Series II example comes with documentation highlighting work completed by a notable Northern California restoration shop between 2005 and 2007. There are also various other small bills for other work carried out over the years. In 2012 the car was displayed at ‘The Quail, a Motor Sport Gathering’ event.

The Stuart Parr website doesn’t give an asking price, but Classic Driver lists the car at $475,000.