Delivery Mileage Ex GM Heritage Buick Reatta Could Be Yours 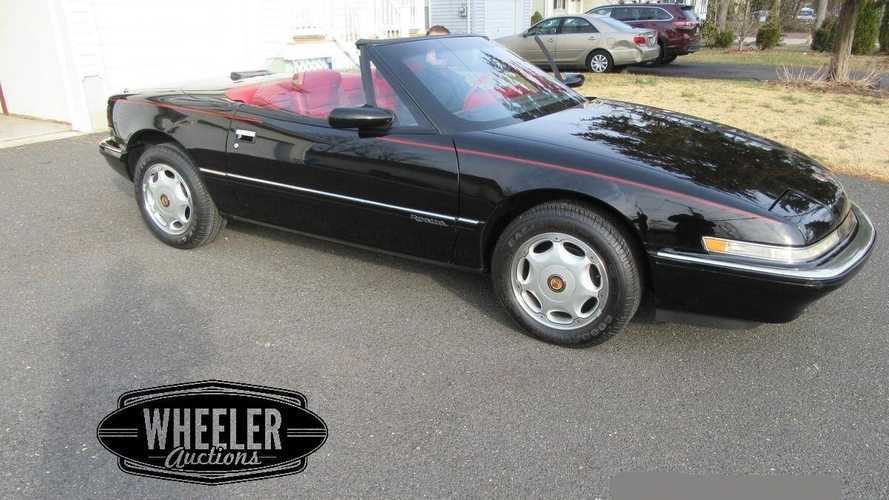 This 1991 Buick Reatta is just 1 of 6 and the final car produced, with just 331 miles on the odometer

The eighties isn’t commonly known for producing the most sought after sports cars in America. With cars around the world slowly but surely adding weight throughout the decade and into the nineties, technology was all the rage as opposed to pragmatic use of weight targets.

GM had a two seat sports car in every division other than Buick, as the brand had never actually set foot into this sector as its USP didn’t necessarily need to indulge it. Or did it?

Once the eighties were coming to a close, GM decided to go ahead and add something to the Buick lineup to allow all brands to have a two seater to showcase, and in the case of Buick, this turned out to be the car featured here: the Buick Reatta.

Although by today’s standards you probably wouldn’t associate the word ‘sport’ with this little chariot, but back then it promoted a dinky size, a fairly frugal but potent engine and enough tech to make KITT back away in terror.

Released initially as a coupe, then later as a convertible, the car featured some rather mind boggling technological innovations. The dashboard boasted the rather typical digital display that was in the height of fashion, but also a touchscreen computer.

You read that correctly, the Reatta featured a CRT based system for the driver to control everything from displaying on board computer information, tachometer, climate controls, radio controls and even fault codes within the cars ECU. Sadly, most people were not as enthused with this level of technology, and being the eighties it wasn’t the slickest. Those retro vibes though.

The car featured here is the second generation Reatta which (sadly) did away with the CRT touchscreen, and in its place more conventional features were fitted for the radio and climate controls. The instrument binnacle was replaced with a rather snazzy looking setup that imitated a more conventional set of rounded dials like most analogue displays in the cars of the era.

With a 3.8-liter V6 pushing out 165-horsepower, it wasn’t spine tingling in its power delivery, however with a unique manufacturing process in a state of the art factory, these Buicks are certainly an oddity that’s gaining traction in the collecting community.

This particular car on the other hand, is something else. What you see here is an ex GM Heritage Museum Reatta with just 331 miles on the odometer. That’s right, delivery mileage. Believed to be possibly one of six produced in this color combination it’s also allegedly the final car produced. If that is not a reason to register to bid here, we don’t know what is.

1994 Ford Mustang With A Toyota 2JZ Engine: Superb Or Sacrilege?