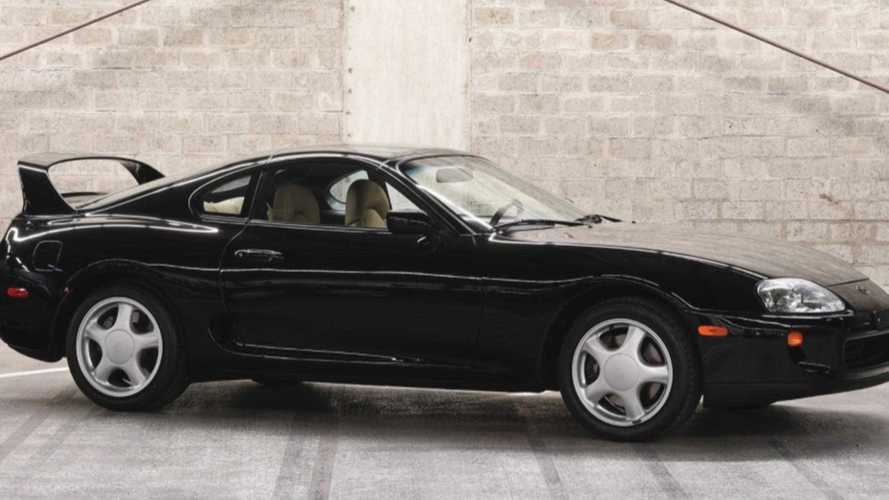 Some people have money. Some people have sense. Others spend $173k on a stock 1994 Toyota Supra Twin Turbo Targa – such was the result during Amelia Island’s collector car auction on Friday.

Initially, the record-breaking news came through officialnyce1s Instagram page exclaiming: ‘1994 Targa Top Supra sells for $173,000?!?!’. Enthusiasts remained sceptical until RM Sotheby’s Director of Public Relations confirmed to Jalopnik that the vehicle had indeed sold on Friday for $173,600 – including buyer’s premium.

An ungodly sum for something as communal as Toyota’s fourth-generation Supra, RM Sotheby’s originally expected the unmolested sports car to sell for anywhere between $100k-£120k. The final hammer price was therefore 64% more than the top-end estimate.

Such value was appraised from a previous sale back in January this year, upon where a red example (also from 1994) shifted for a record-breaking $121,000. However, that record has now been smashed courtesy this latest auction purchase.

When you consider how few examples remain unspoiled with Fast and Furious-esque add-ons, you can almost understand the final hammer price when taking the vehicle’s condition into account.

There’s fewer than 12,000 miles on the clock, the car having been sold new in Illinois. It remained there for at least two years, accumulating 6000 miles in this time. The Supra Twin Turbo Targa was subsequently imported to Switzerland some 12 months ago.

Boasting factory-fresh condition and rude health, this specification appears to be the epitome of what collectors yearn for; manual transmission and a black exterior over tan interior.

As the up-coming generation – influenced by such cars – build their own collections, demand far outstrips supply. An enthusiast’s favourite, the fourth-incarnation of Toyota’s Supra now appears pushed out of mortal reach by those with steadfast financial backing.

With market values for any 1990s’ Supra now destined to skyrocket on the back of such news, it seems as though genuine devotees with feet planted firmly on the ground will be priced out of ownership in the coming years.