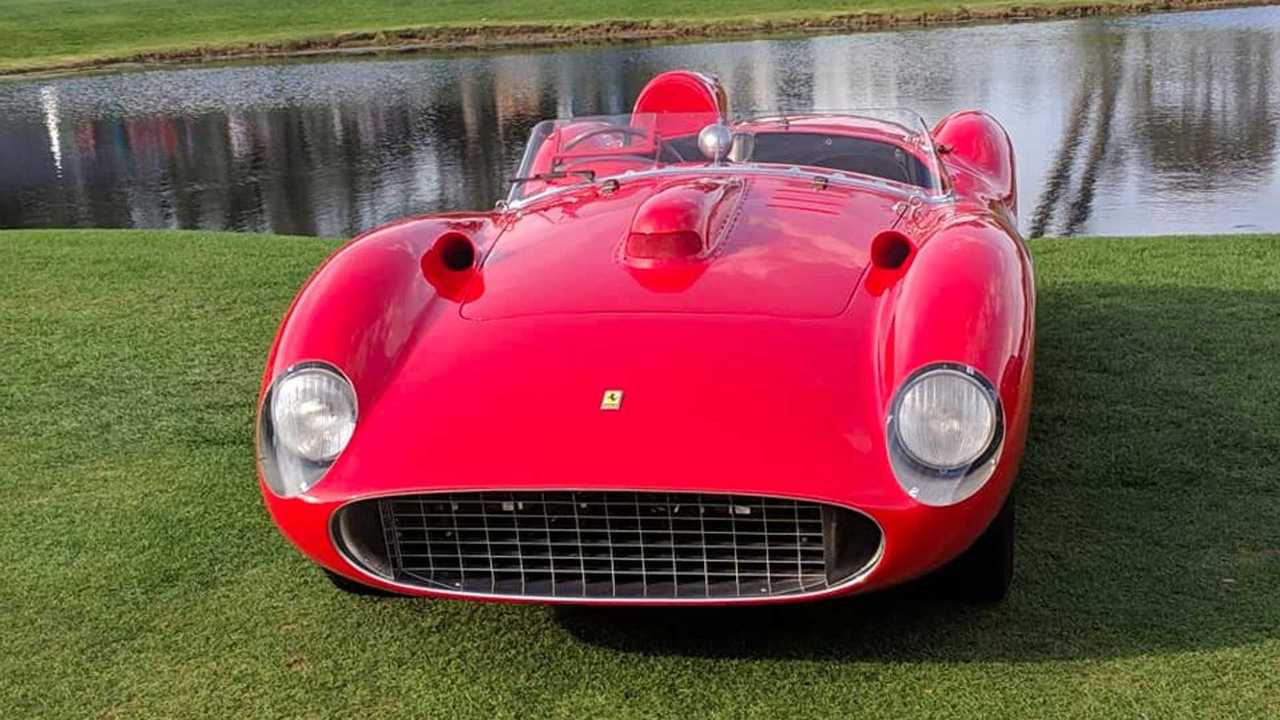 One of only four 1957 Ferrari 335S Spider Scaglietti racers built has clinched the coveted Concours d’Sport award during The Amelia Island Concours d’Elegance 2019.

Ferrari 348 To Be Reborn With Evoluto Automobili

The Concours winner’s first event was the Sebring 12 Hours, driven by Peter Collins and Maurice Trintignant. British F1 Champion Mike Hawthorne and teammate Luigi Musso then campaigned the Ferrari during the Le Mans 24 Hours of June 1957.

Hawthorn set the first 200kph-plus lap record in the history of the gruelling event, before being forced out by mechanical problems and engine failure.

Sold the following year to the celebrated New York Ferrari importer Luigi Chinetti, the 335S was raced to victory by Stirling Moss & Masten Gregory during the Cuban Grand Prix of February 1958. It then competed in a handful of further races on US soil before a Pennsylvanian architect bought the car in 1960.

This gentleman owned the Ferrari for a decade until Frenchman Pierre Bardinon purchased the racer in 1970. One of the world’s leading Ferrari collectors, Bardinon is credited with identifying the significance of Ferrari competition cars – such as the 335S – long before their true value was recognised.

By the time of his death in 2012, Bardinon had amassed a collection of no-less than 50 stellar examples. He even built a private circuit near his Aubusson home on which to exercise them regularly.

Of course, the 335 S lineage oozes with dark history. While racing in the 1957 Mille Miglia, a blown tire forced Alfonso de Portago's 335S off the road and straight into a crowd of spectators. The driver, co-driver and ten spectators were killed. Five of the victims were children.

The crash came only 48 hours after the horrific 1955 Le Mans disaster, resulting in a public outcry. The Mille Miglia was terminated, making the 335S the last Ferrari to be specifically tuned for the event.

Grizzly association aside, the 335S remains one of the most valuable cars in the world at present. The Concours d’Sport win during The Amelia Island Concours d’Elegance 2019 only heightens its market provenance.