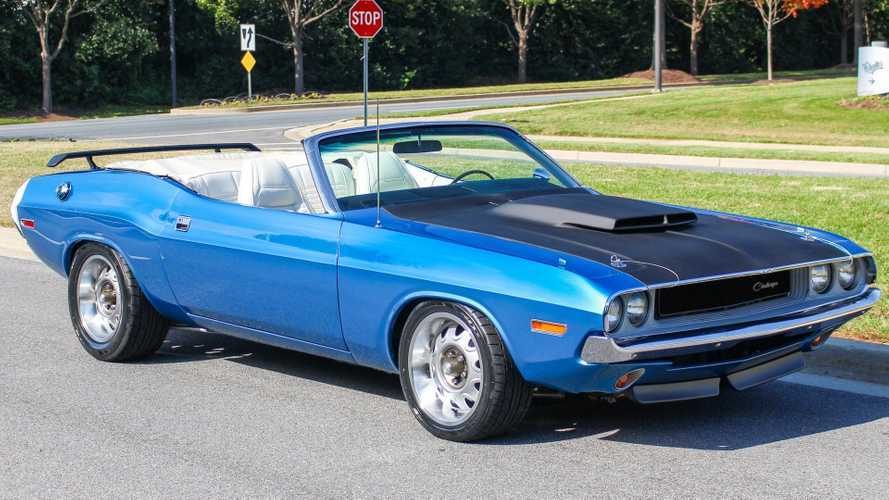 This 1970 Challenger Convertible is not only exceedingly rare, but also packed full of the best parts money can buy

Star of Vanishing Point, and seen as a renaissance vehicle with the most recent line of Challengers including the Demon, the Challenger left quite the legacy in its short production run from 1970 to 1974. Although a successor found its way to market in the eighties, sadly this was nothing more than a rebadged Mitsubishi Galant, and evidently not worthy of the Challenger name.

Back in 1970 Dodge released the Challenger to compete in the pony car segment created by Ford in the previous decade with the wildly popular Mustang. The Challenger was an instant hit with ergonomics not typically seen in a pony car, such as extended rear legroom and plush centre console.

The convertible featured here was only available for the model years 1970 and 1971, and this one packs one powerful motor. Safely nestled under that aggressive black hood is a built, fuel injected cross ram 426 Hemi packing 600-horsepower. Back in 1970 these kicked out 425 gross horsepower but this one has undergone a biblical amount of surgery to create the titan you see here.

The restorers didn’t stop with power, either. Underneath you will find a rather unique setup including fully tubular mounted frames attached to the latest HEIDTS coilover technology, complete with Wilwood six piston calipers. What this means its a full exoskeleton is attached to the underside of the car, the kind of thing TVR are rather good at, whilst all sat on some period style 18+20 inch wheels.

The cost of all this in the build? $140,000 which made use of the alleged best drivetrain components in existence; this is one special Challenger. With the proverbial icing on the cake being just 1587 miles since this one of a kind build, we think you would struggle to find better, let alone re-create. As if it could get any better, the price is $50,000 less than it cost to build.

To find out more, head to the Motorious classifieds to see this Challenger, listed at $89,990.

Will This Dodge Demon Break $150K With Leake Auctions?