Will the Chevrolet Corvair Really Kill You? 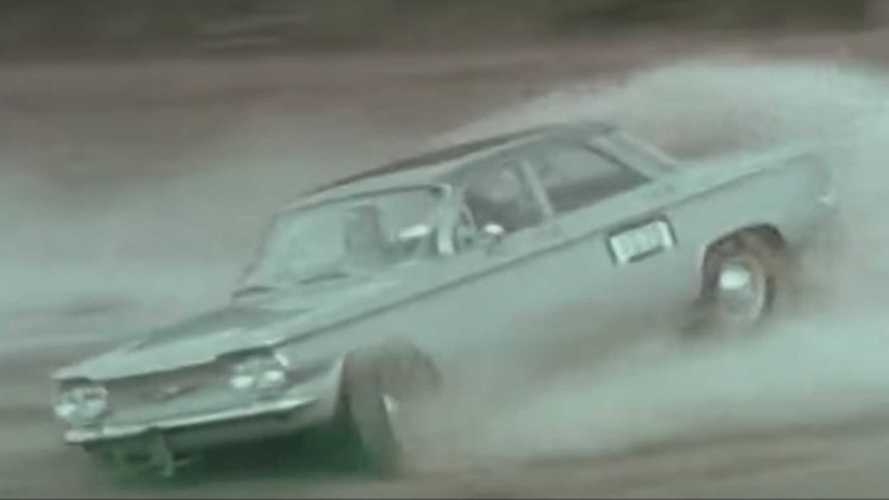 The Chevrolet Corvair remains infamous as one of history's biggest automotive disasters courtesy of Ralph Nader's publication – Unsafe at Any Speed. But is it really deserving of such a reputation?

Alongside the Ford Pinto and second-generation Ford Bronco (there’s a theme here), Chevrolet’s Corvair remains one of history’s most infamous vehicles. As such, the humble American compact car attracts no end of attention – even if for all the wrong reasons.

Consumer advocate Ralph Nader constructed his long-term career upon vilifying the Corvair in his controversial 1965 publication Unsafe at Any Speed. Although it could be argued that the Corvair wasn’t a particularly safe car, even by the standards of the day, Nader’s efforts highlighted various safety issues that demonized Chevy’s affordable family car above all others.

Of course, Nader’s findings could have been applied to almost any popular automobile of the era. Most cars designed during post-war affluence remain shockingly dangerous by modern standards – lumbering around with two tones of metal, chrome and rubber devoid of crumple zones, dual braking systems and collapsible steering columns. Attributes still decades away from materialising.

Still, Unsafe at Any Speed was harshly critical of the Corvair’s swing-axle suspension and rear-engined layout; contributing to fatal bouts of oversteer. Although Chevy quickly terminated these early teething problems, sales of the model never recovered. The Corvair was discontinued in 1969.

Dubbed the ‘one-car accident’ by Nader’s book, the Corvair has since been stripped of its various merits by time’s onward march. Solely recognised as an automotive serial killer, pubic conception mocks the Chevy as an out-and-out failure in both safety and design.

"He presented the work in a fashion that sold books," Corvair enthusiast and former GM engineer Peter Hoehler explained. "And got people’s attention; I think that’s probably the best way to put it, ok?"

Ever since Nader rocked the boat with his research, car enthusiasts have questioned whether the author’s claims were fair. Within car circles at least, Nader is credited with killing the lineage completely.

Hagerty clearly harbored the same queries and set out to test Nader’s claims with the help of a plot twist. They would test the findings with a very special car – Ralph Nader’s very own 1962 Corvair Monza four-door Sedan.

Their finding? If you know what you are doing, then Death won’t come a-knocking upon the highway. In fact, it’s no-less dangerous under sensible control than any family wagon of the time.

Peter Hoehler: "The way it’s operated is different from any other car, and if you don’t know the differences, you could cause yourself to be in a situation that’s hard to recover from. Now is that the fault of the engineer? Was that the fault of the company that built the car and sold it? Or is it that just somebody forgot to follow the rules?"

Looking back over 60 years of automotive development, it would seem that the Corvair became a sacrificial lamb; motivating Nader to craft a publication instigating some initially raw industrial changes in regards to safety.

However, whether the Chevy really deserves its reputation as the vehicular equivalent to Ted Bundy is ultimately up to you. Let us know what you think.

This Is The Meanest Custom Ford Mustang You'll See Today

Dodge A100 Pickup Has A Supercharged Engine And Racing Heritage
Source: Motorious
++Share