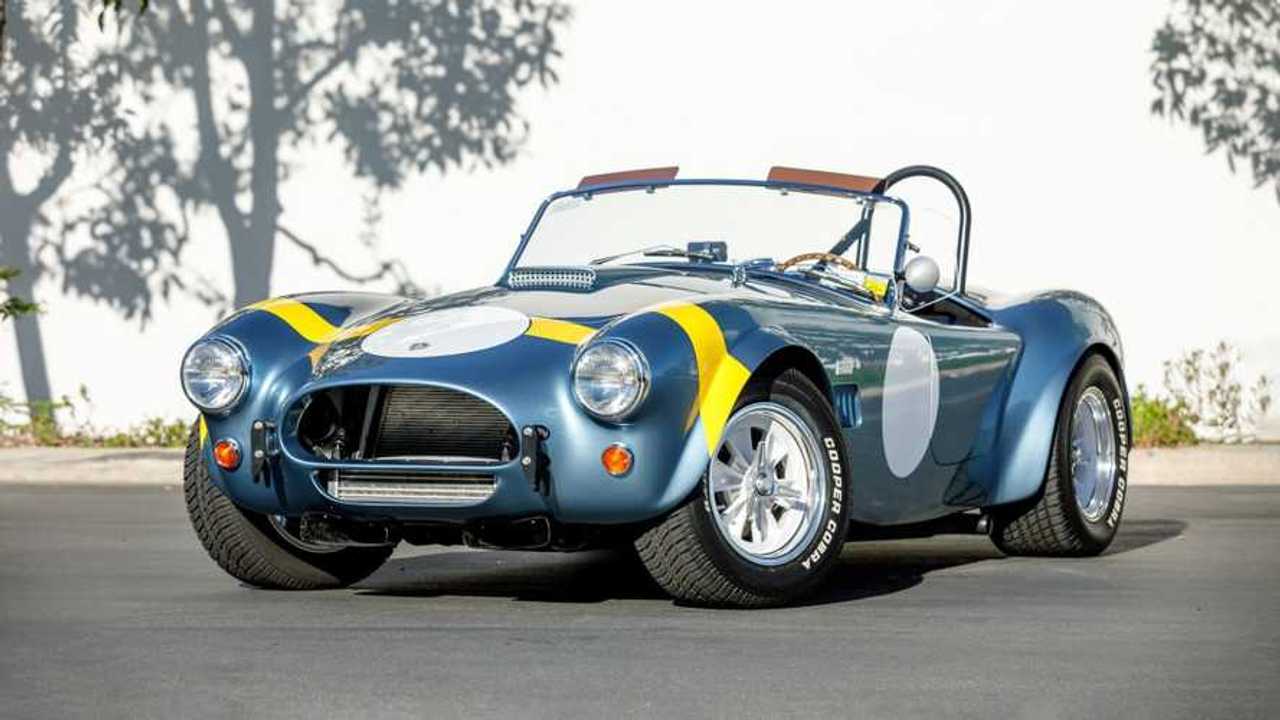 To mark the Cobra's 50th anniversary, Shelby America built 50 continuation models. This one is for sale

The dream of owning a brand-new classic car is almost exactly that, a dream. To source exceptional low-mileage examples of iconic models costs a princely sum, that is unless the manufacturer decides to do a continuation run. For the 50th anniversary of the Shelby Cobra, Shelby America gave buyers the rare opportunity to obtain a new Cobra. One of these rare cars is up for grabs with less than 250 miles on the clock.

Shelby Automotive built just 50 new Cobras for the anniversary back in 2014. The allocation was made up of polished aluminum bodied cars, or fiberglass bodies complete with a historic 1964 racing livery. Chassis CSX7994 is car 45 out of 50 and features the evocative Viking Blue with yellow striped livery from the 1960s. It hosts a set of old-school alloy wheels and a black FIA spec interior. You’ll also find the obligatory smattering of anniversary badging on the continuation car.

Original buyers of these anniversary cars got everything except for an engine, a choice Shelby America allowed you to make. Car 45 received a Roush 347 engine that’s coupled with a Tremec TKO600 five-speed manual transmission, and a 3.54 differential. Weighing around 1000kg, its 450hp delivers some serious performance. In fact, its curb weight makes it one of the lightest cars ever produced by Shelby America.

The Shelby Cobra came into being when Carroll Shelby combined the British AC Ace sports car with a 4.3-liter V8 engine. These Shelby Cobras proved competitive in motorsport, but the installation of an even larger 4.7-liter V8 engine meant the the car could fight with the Jaguars and Aston Martins of Europe. Today genuine Shelby Cobras are selling for big bucks.

Hillbank Motor Corporation are offering this Cobra for sale with a sticker price of $164,950. This is a rare opportunity to add a highly collectable continuation car to your garage. Maybe dreams do come true…

Shelby Cobra Daytona Coupe Can Be Your Secret Weapon

This Shelby GT500 'Eleanor' Roams The Streets Of London