Would You Hate Or Rate This Custom 1968 Pontiac Firebird? 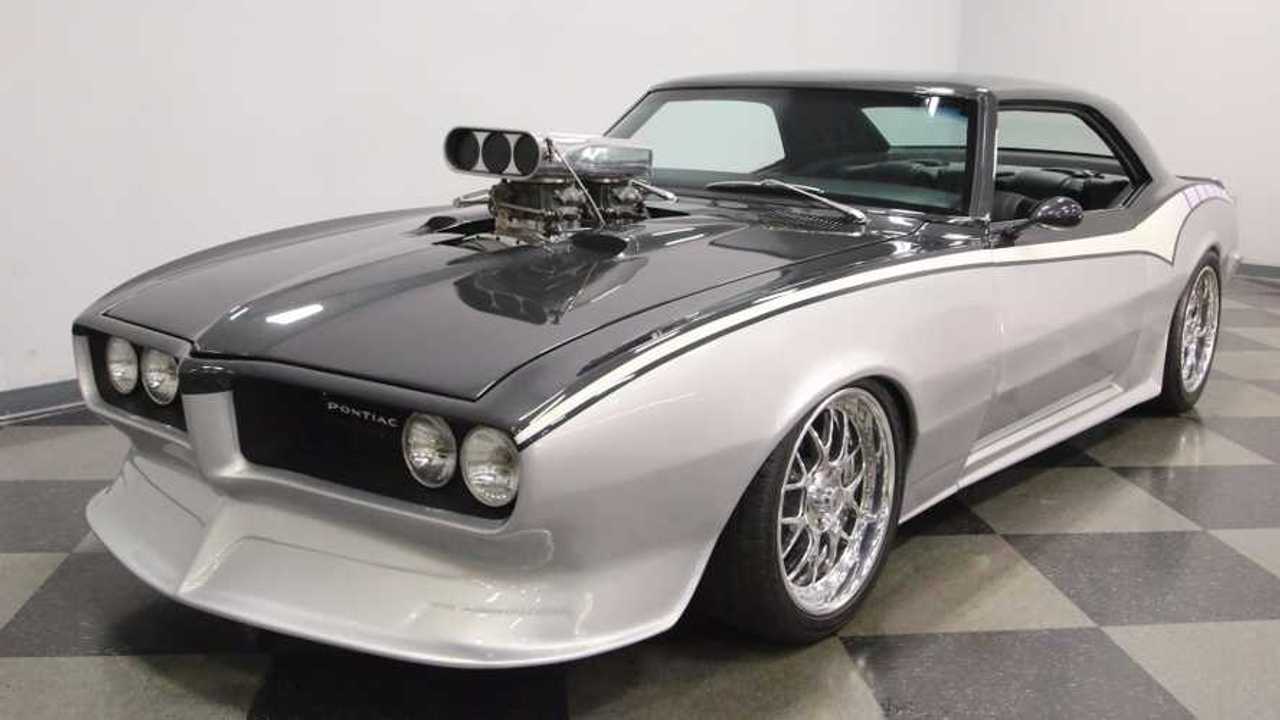 Modified classics are often shunned by those ruling the classic car scene. This bespoke 1968 Pontiac Firebird should certainly ruffle their feathers…

The classic car scene can ooze a venomous and bitter wrath should you dare to think outside the box. To those hell-bent on preserving factory-standard cars, tuning or modifying any healthy home-bred survivor is punishable by death. As such, this 1968 Pontiac Firebird remains open to disapproval.

You won’t find any criticism from us though. We firmly believe that a fine blend of contemporary flare and old-school styling hits the sweet spot with appreciative enthusiasts. Providing the best of both worlds, you’ve got modern power wrapped up within a classic design. What’s not to like?

To put that into perspective, if you bought an old Folk Victorian house, you would certainly install double glazing –and central heating – for ease of modern living. Of course you would – it’s common sense. With such sentiment, the same story applies with this 1968 Pontiac Firebird.

While similar cars sport a blower through the hood purely for show, this Pontiac is different. Unlike so many modified classics out there, this beast will happily burn through a set of rear tires in 20 paces. Power comes from a 355 cubic-inch motor that churns out an estimated 300-horsepower.

Build upon a solid bottom steel crank end, 5/7 H-beam rods and Clevite bearings, the engine features dual Holley 4-barrel carbs and an aluminum radiator with dual electric fans. Power is sent back through a 700R4 automatic gearbox with all billet internals supported by a G-Force crossmember to handle all that torque.

To control the Firebird’s mechanical grunt, there’s disc brakes all round for safe – if not brutal – stopping power. This should prevent you from employing your neighbors garden as a stopping device.

Wrapped around the über-aggressive drivetrain rests an extension of classic Firebird looks. The iconic split grill remains emphasized by a radically stretched front spoiler, integrated into the bodywork for a dramatic stance. The rear bumper has been given similar treatment to create a cocaine-slab clean appearance, accentuated by a rather smart custom paint job.

While this truly-unique Pontiac Firebird won’t appease everyone, should you seek the muscle to overwhelm modern day equivalents – yet retain a level of authority within the collector car world – then you need look no further.

The price? Well, this bespoke Firebird will set you back just shy of $70K (or $803 per month). That may seem like an excessive amount in a world where Chevrolet’s new Camaro can be purchased for $31K, but what you have here is exclusivity.

Rarity might not always radiate market value, but it does in this case. You’ll understand why after you’ve taken it for a drive. Get a closer look at the custom-built 1968 Pontiac Firebird here.

Recognise this Pontiac? NASA used it as a towing vehicle

Who Is Brave Enough To Drive This Twin-Turbo Pontiac Trans Am?