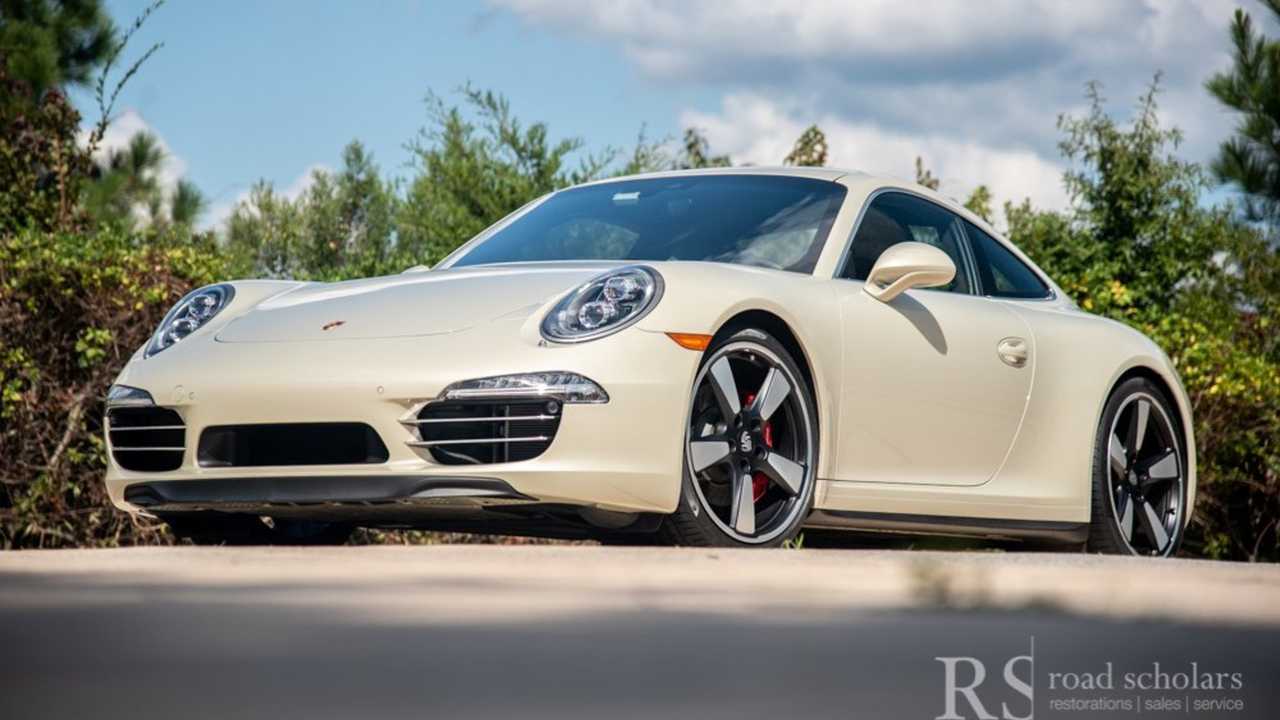 This rare Porsche 911 was built to celebrate the model's 50th birthday. In total, 1963 were built

There are very few car models that endure over the decades. Back in 2013, the Porsche 911 celebrated its 50th anniversary — quite the achievement. To mark the occasion Porsche created a limited run celebratory model called the 911 50th Anniversary Edition. One of these rare cars is currently up for grabs in our classifieds.

The sports car in question is in excellent condition, having covered just 8161 miles from new. Road Scholars details everything you need to know about this car, which includes having just two owners, its tasteful manual specification and lack of frivolous options and extras that Porsche tried enticing buyers with in '13.

50th Anniversary Editions are based on the Carrera S model, but are denoted by wider bodywork usually reserved for Turbo and Carrera 4S cars. Additional chrome work, traditional Fuchs alloy wheels, SportDesign mirrors, and some new color options were made available too. The Geyser Grey Porsche color adorning this car certainly looks the part.

Porsche tinkered with the suspension and steering, but left the rest of the car mechanically identical to a Carrera S. The goal was to create the perfect incarnation of this 395-horsepower sports car. Being a 2014 model-year car also means that it predates Porsche making all 911s turbocharged, so a naturally aspirated flat-six is yours to enjoy.

The Porsche 911 50th Anniversary Edition was limited to just 1963 units in honour of the year the 911 was introduced. These cars will inevitably become collectors items in the future, but it’s already difficult to find a well looked after and low mileage example. Many cars were also loaded with optional extras, which somewhat detracts from the model’s goal of being a real driver’s car. However, this 911 is true to that spirit featuring a manual seven-speed transmission, as opposed to Porsche’s PDK.

The car is currently listed at $124,500 with interested parties able to make an offer here.