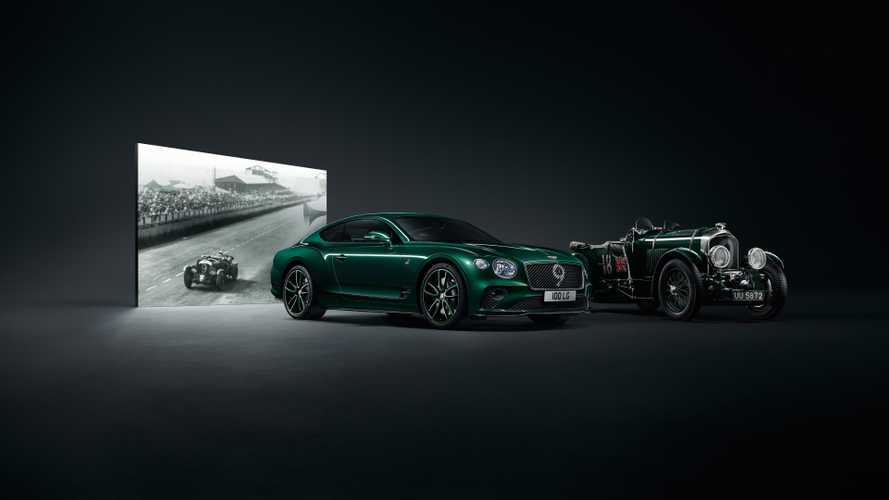 Just 100 Bentley Continental GT Number 9 Editions will be built, each crafted with a piece of historic Blower Bentley

Bentley is celebrating its 100th anniversary in 2019 with the launch of a special Continental GT. Dubbed the Number 9 Edition, this potent GT car pays homage to the 1930 Le Mans contending 4 1/2-liter ‘Blower’ Bentley of old.

Limited to just 100 examples and built by Bentley’s bespoke Mulliner division, the Bentley Continental GT Number 9 Edition will only be offered a in green or black hue. 10-spoke alloy wheels fill the arches of this elegant coupé with the historic number 9 graphic on the car’s grille being the biggest throwback to the era of supercharged Bentleys.

The interior is an exquisite display of Bentley craftsmanship, with intricate upholstery and quality materials throughout. Its cabin features aluminium trim that is finished with an ‘engine spin’ design, mimicking that seen on vintage Blower Bentleys. Another impressive link to the past this celebratory model possesses is a piece of wood taken from Sir Henry ‘Tim’ Birkin’s Bentley that entered the famed endurance race in 1930. Each sample was taken from the historic car’s seat during restoration.

Under the hood is Bentley’s twin-turbocharged 6.0-litre W12 engine, although it is mechanically identical to the standard Continental GT. Still, 626bhp isn’t to be sniffed at. 0-62mph can be vanquished in just 3.7 seconds and the car will continue on to a top speed of 207mph.

The Bentley 4 1/2-litre was created by Walter Owen Bentley in 1927. In 1929 famed Bentley Boy Sir Henry ‘Tim’ Birkin later fitted five examples with Amherst Villier supercharges in a bid to win the historic Le Mans 24 Hours race. While the Bentley contended for outright victory, a series of hurdles such as tyre blowouts slowed the car. However, in true vintage racing spirit the Bentley Boys raced on.

Pricing of the Bentley Continental GT Number 9 Edition has yet to be revealed, but expect it to be a premium over the standard car’s $215,000.