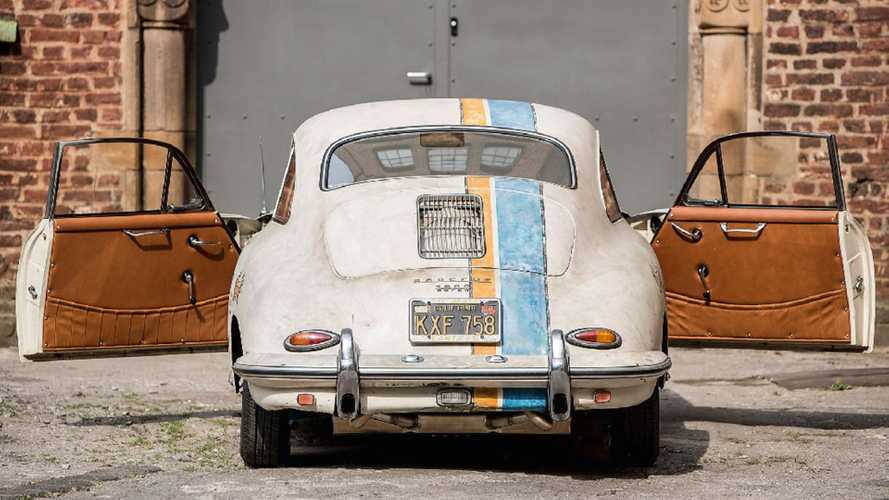 Exported to California then returned to Germany decades later, this Porsche shows its age with purpose

Each Porsche 356 has a story, and Porsche finds certain joy in tracking down the tales of some of its old models to understand what happens to its produce once it leaves the factory.

The latest model to have its history revisited is a 356 B with a 75-horsepower 1600-S engine, and a long history on the sunny coast of California. Its route to America started in 1961, when the ivory-coloured car was was loaded up from Zuffenhausen and sent to San Francisco to the Porsche Car Pacific garage.

It spent several months there before being sold to an owner who lived in the city’s suburbs, an area well suited for storing and driving such a vehicle. But its Californian adventures at that time are lost to history, bar frequent maintenance, and all was known that the engine was replaced with a slightly older unit and the fittings became a little worn over time.

Stephan Wilms, of VAG restoration and upgrading business ‘Das Triebwerk’, spotted the car in 2014 while it was under the possession of a importer who had taken the car from California back to its homeland of Germany.

“It was kind of love at first sight”, is Stephan’s recollection of meeting the car, comparing it to a much loved piece of furniture.

The aged car was likely in need of restoration at the time, a task given to Dirk Patschkowski, but the decision was made to retain the various marks and details that were proof of the car’s long existence, citing a patina attitude. Having the car in less than perfect condition was a marker of authenticity to anybody who saw it thereon.

As it turned out, the only rust on the car was limited to an improperly cranked jack, which had dented a sill panel. A bit of welding and what they thought would turn out to be a big job turned out to be a relatively small one. Their minds then switched to the paintwork, which proved to be a non-issue to colour match and therefore only required minor detailing rather than a full repainting job.

The original blue and yellow ‘rally stripes’ remained, with an element of graininess that makes the car look like it’s existing in-period on camera as well as it does in person. The underbody and engine compartment did get ice-blasted, while the underside of the bonnet was finished in satin black.

In essence, this is a car that should work just as well as any other well looked after classic Porsche on the road - thanks to a 12-volt electrical system, disc brakes and attuned suspension - but retains the looks of a classic that has only aged with pride.