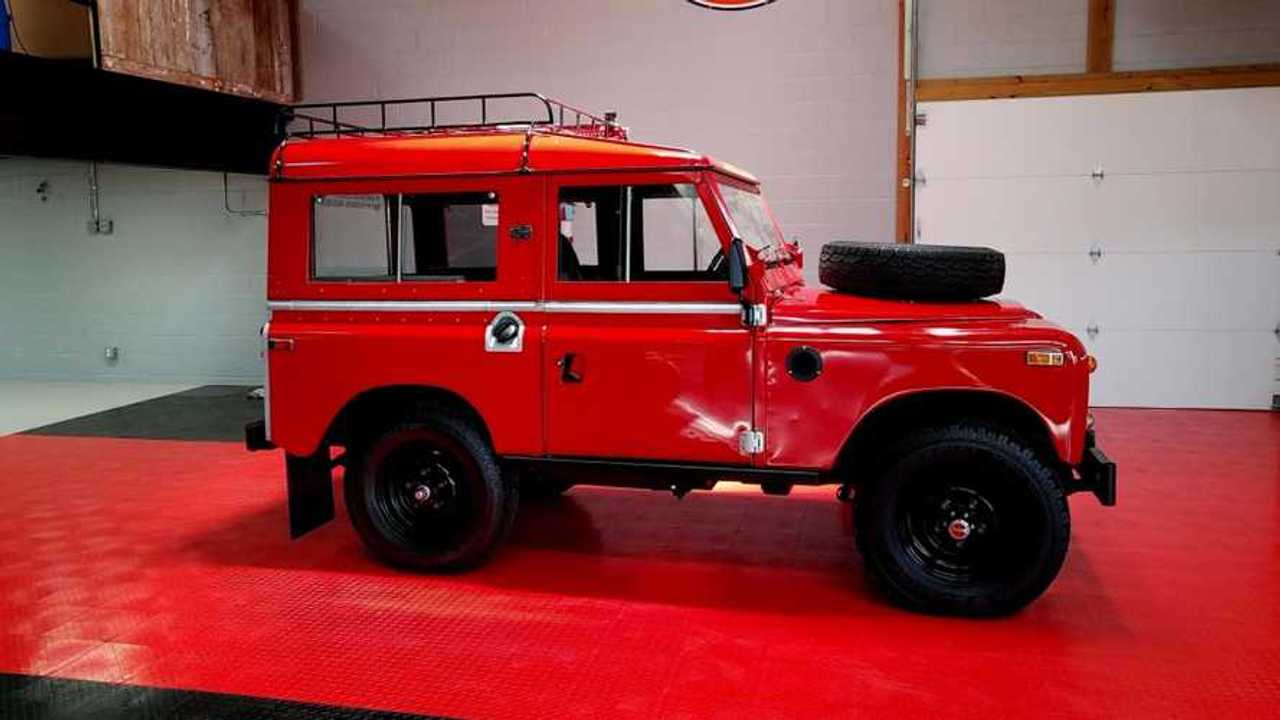 Think you’ve been priced out of classic Land Rover ownership? You have clearly overlooked the humble Series IIA. Here’s a cracker that sold for $32k over the weekend

While more luxurious Land Rover SUVs change hands for eye-watering prices on the American market, arguably the greatest incarnation of them all is still attainable for those on a budget. The very last Land Rover Series IIAs may stem from the decade taste forgot, but it still remains the ultimate in egalitarian style. It's why Steve McQueen owned one, as does Jim Carrey and Sylvester Stallone.

The Land Rover once beloved by farmers, military personnel and emergency services has long been overlooked by collectors and enthusiasts alike, instead worked into the ground and ragged to death by those with little mechanical sympathy.

However, the marketplace is currently awakening to the concept that the Series IIA is, arguably, the best classic Land Rover out there. It may not provide the same levels of unadulterated utilitarian charm as the original Series I can muster (Marilyn Monroe was a fan), or the advanced running gear of the Defender 90/110, but it does offer a near-acceptable blend of rugged Land Rover charisma and ease of modern use.

Unlike its predecessor, the Series IIA's 2.25-liter engine can just-about cope with highway pace, and the cabin layout is more user-friendly than earlier vehicles. There are fewer sharp edges and wind noise can almost be described as acceptable. As an entry point into classic 4x4 ownership, nothing can touch Solihull’s second incarnation – and the perfect example sold for $32k on Saturday with GAA.

Supplied new to California in 1971, this healthy example had been subjected to a full but-and-bolt rebuild. While the classifieds can often yield over-priced, barely-running examples, this concours specimen clearly pulled at the heartstrings – and somebody's bidder card, too.

Finished in a dark blend of Masai Red, the Land Rover has barely been run-in after a complete engine overhaul. Even more astonishing is the chassis, completely original bar one outrigger according to picture evidence – proof that, with care and attention, these vehicle’s laugh in the face of time’s onward march.

The interior has received an upgraded cubbybox in place of the original middle front seat, with deluxe factory-replica vinyl covers to boot. This adds an element of comfort to a cabin infamous for containing fewer amenities than a monk's bedchamber. Perfect for hosing clean after a hard day off the beaten track, though. Want to see how cool you'll look when tackling Mother nature head on? Check this out:

Under the bonnet, Land Rover’s trademark four-cylinder petrol engine runs without misfire or cause for concern. Fluid levels appear to reside where they should be, whereas oil leaks seem to be at a minimum. You must remember, even the last-of-the-line 2016 Defenders had oil leaks...

Solid and original Series IIAs are now in short supply. Thousands of examples have fallen foul of chassis and bulkhead rust, mistreatment and inappropriate modifications. Values used to be practically worthless, but healthy specimens can now command a hefty premium – yet unlike other models from the Land Rover/Range Rover stable, the premium doesn’t push asking prices out of reach for those of us in the real world.