This Boss 302 Mustang At GAA Is Totally Unique 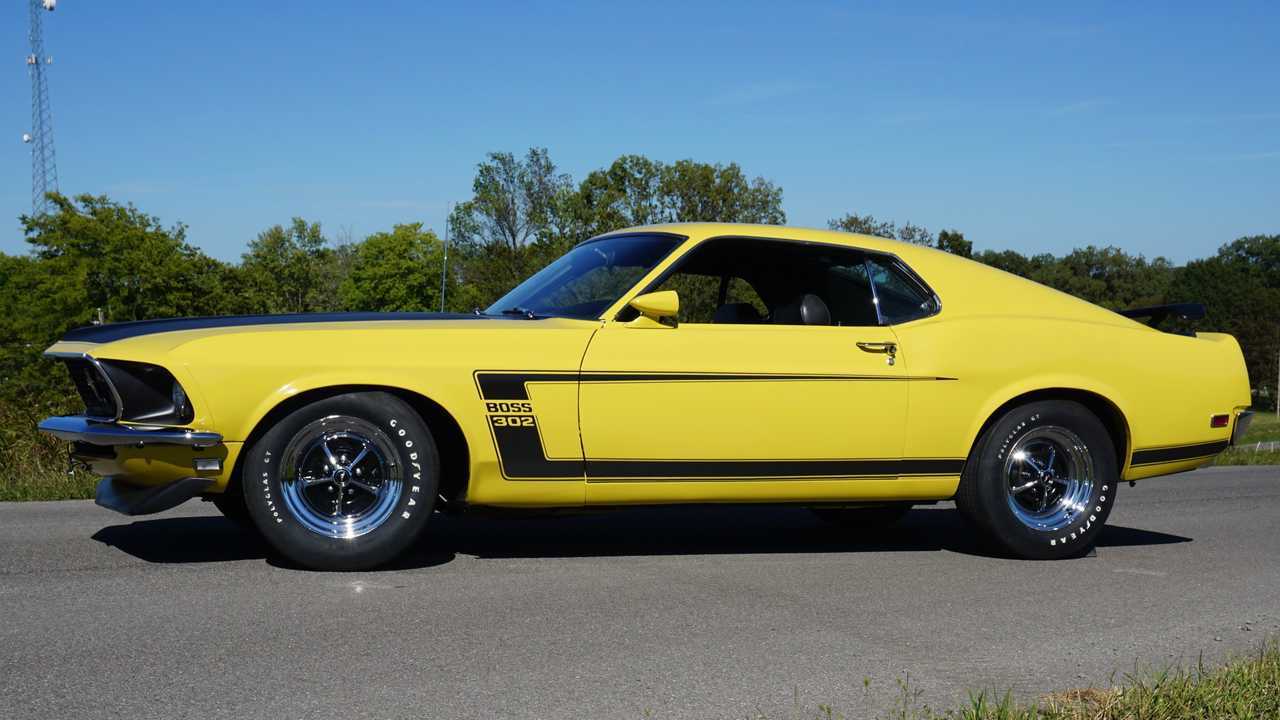 Thoughtfully dubbed the race car for the streets, this Boss 302 is the one to have with a specification sheet to die for

When Bunkie Knudsen made his pivotal move to Ford from GM in 1968 it shocked the automotive world. It was a time where gentlemen were expected to live out their lifelong careers being devoted to a company like a family member, and to carry a legacy for the next prevailing devotee.

Once appointed as Ford's president, Knudsen made his first major decision in poaching Larry Shinoda; one of the great car designers of the 1960s. His recruit, who had already penned the 1963 and '68 Corvettes, was tasked with making a fast Mustang using the Windsor 302ci V8, like this stunning vehicle at Greensboro Auto Auction.

Dubbed as a race car for the streets, when the Boss 302 landed it hit the market by storm. With looks of pure evil, it was garnished with classic louvres on the rear window, matt black accents around the headlights, front and rear spoilers and trunk lid. Throw in some Magnum 500 wheels and you had the ingredients for one of the coolest cars of the era, and an angry rival to the 1969 Camaro Z/28. The fight between the two was not only on the North American streets, but also in the Trans-Am Series for sportscars.

With a stance that makes most of us wince with envy upon seeing one in the flesh, the engine was also particularly special and truly made it a track car for the streets. With a 10.5:1 compression ratio, Holley 780 CFM carburettor and free-flow exhausts, this was one spicy mix. So much so that Ford added a factory-fitted rev limiter, as the engines were capable of revving well past the tachometers limits to a terrifying 8000rpm. That became limited to 6150, so Boss owners didn’t have to worry about escaping pistons.

The example here is advertised as totally unique in the model's limited build history, being just one of one in existence. With all the original paperwork to boot, this outlandish claim is confirmed quite easily and with much interest. The yellow on black paint makes Shinoda’s design look exquisite in the sun, whilst keeping us at Motorious drooling in envy. Someone live the dream for us, please.