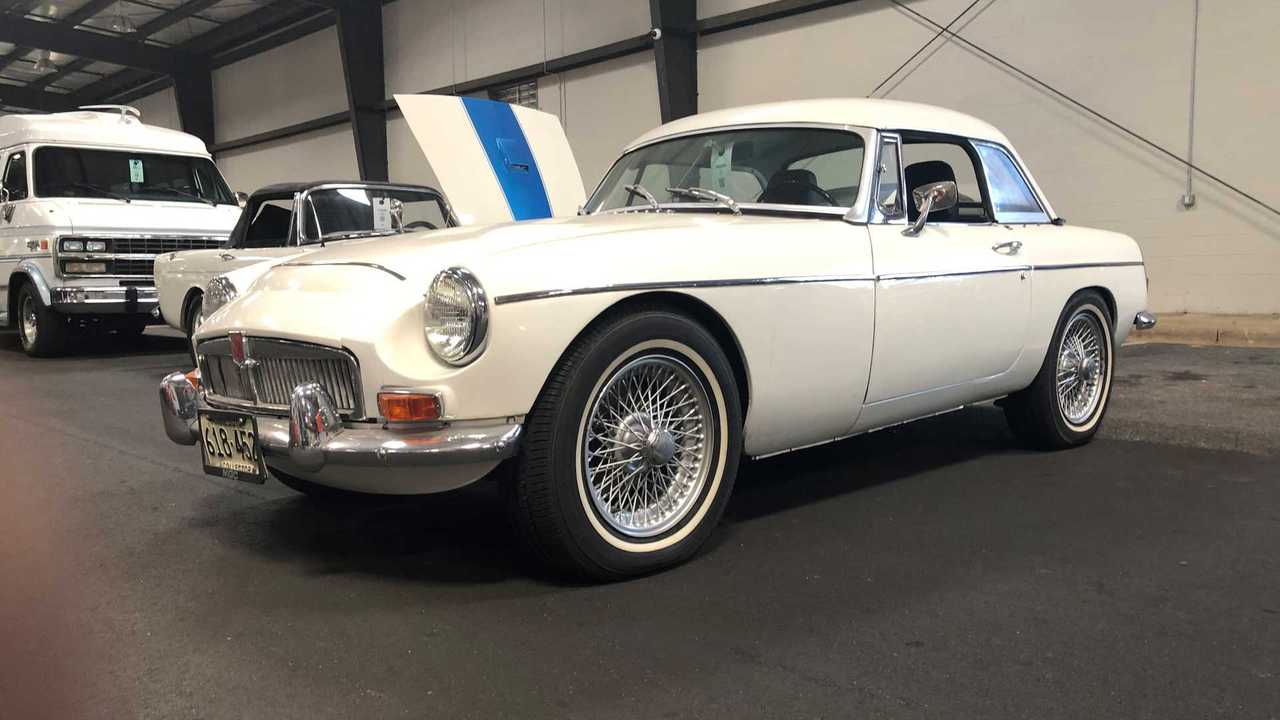 The MGB sold over half a million units in its remarkable 18-year production run from 1962 to 1980. Dubbed repeatedly as Britain’s favorite sports car it’s hardly surprising to see why this little gem sparked a variety of vehicles attempting to replicate its success. Lightweight, practical and most importantly easy on the wallet. The Mazda MX-5, among others, potentially owe a nod to the ‘poor man's Aston Martin.’

Originally equipped with the B-Series 1.8-liter unit, the MGC, as featured here in a GAA sale lot, spiced things up a bit for those wanting a more aggressive soundtrack. The 2.9L inline-six was introduced to replace the Austin-Healey 3000 whilst tidying up BMC’s ludicrously broad product range. With 145-horsepower it had an additional 50hp on its biceps compared to the standard MGB. Quite the percentage increase, then.

The tell-tale sign of an MGC is the rather suggestive power bulge in the bonnet, included to cater for the much larger C-Series block. Interestingly, the MGC didn’t receive the press BMC were hoping for, thanks to a substantial weight increase on the front end from the heavier engine. In addition, although it was vaguely meant to represent a replacement to the Healey 3000, at the same time it… well… didn’t. You see, BMC continued to sell the Healey alongside the MGC, while also offering a car that failed somehow to show any significant performance advantage over the standard MGB. Sadly, its fate was set. After just two years, MGC production was discontinued.

With just 8999 cars produced, of which 4542 were roadsters like the one here, they are a rare sight on North American shores. The example that’s up for auction at GAA has a classical finish of Old English White, set with some period white wall tires and perfected chrome wire wheels. Better still, a rare and sought after hard top is included, allowing for some fantastic road-trips cross country.

Although details are scant, the images speak volumes and suggest a particularly clean example. We certainly fancy taking this fine example around Yosemite this summer, perhaps it’s time to call the bank manager.