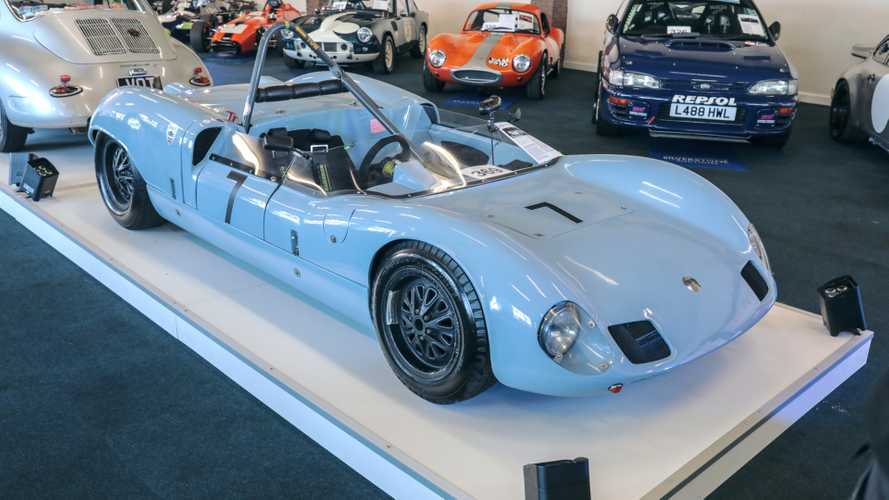 A fantastic mix of iconic cars from Silverstone Auctions sold millions at Race Retro in February.

The variety of machinery being put on the auction blocks included classic and competition cars, as well as motorcycles. There were plenty of noteworthy highlights.

A restored 1958 Porsche 356 A Speedster, the roofless version of Porsche’s first ever car, sold for £292,500 ($389,200, €342,350) to a telephone bidder. The car had started life as an export to New York, but was later was bought by a British-based collector who converted it to right-hand drive, making it an exceptionally rare model.

In the classics stakes it was rivalled by a 1972 Ferrari Dino 246GT Coupé at the sale, which sold for £270,000 ($360,000) to a bidder who was actually present at the sale. It too was a rare right-hand drive example, finished in Azzurro Dino blue this 52,000 mile car caught the attention of everyone in the room. Its Classiche ‘Certificato di Autenticita' authenticity certificates, which verifies its worth as a classic Ferrari, certainly contributed to its value.

One of the surprises of the auction was a single owner 1979 Volkswagen Golf GTi Mk1 that disposed of its lower estimate with ease, and after a bidding war settled for a £27,225 ($36,000) selling price.

A trio of Historic Formula 3 cars failed to sell, and have a combined ‘buy it now’ price of £119,600 ($159,000). If you’re thinking of starting a historic racing team, but missed Race Retro this year, this could be your chance.

To see the full results from the Race Retro Sale, and to look at the lots that are still available, visit the Silverstone Auctions website.