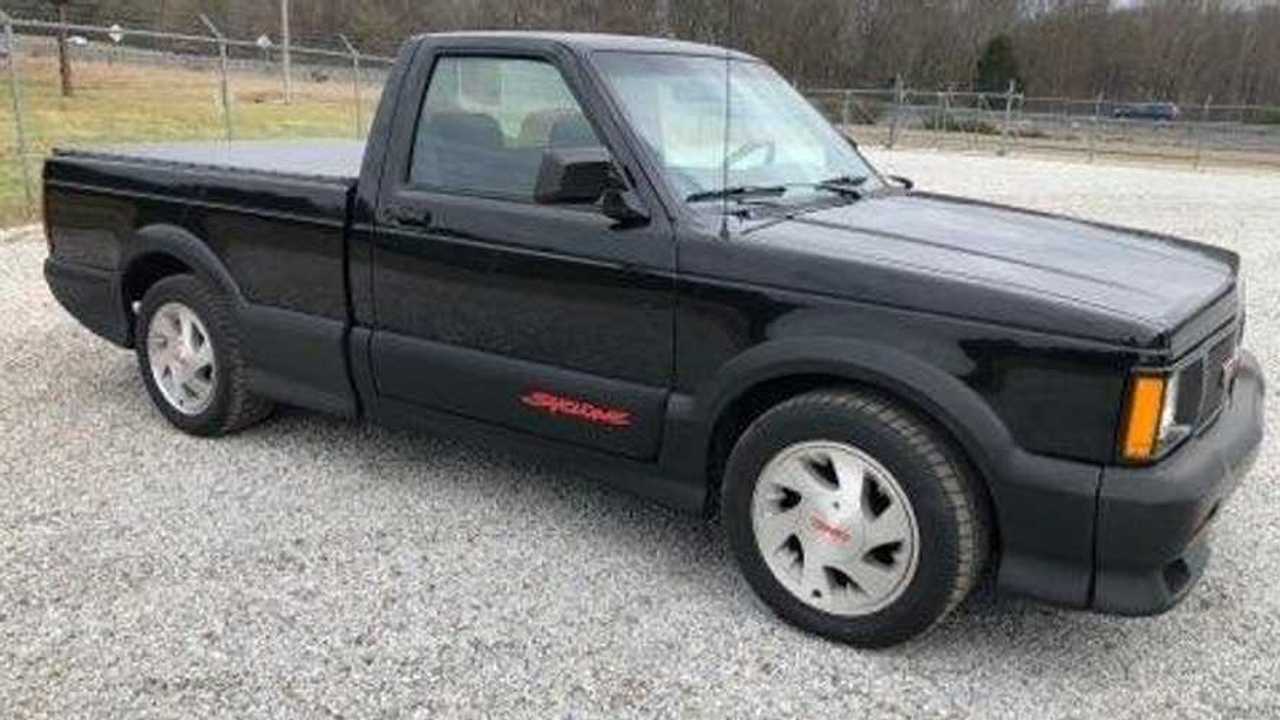 American sports cars lost some of their magic in the latter two decades of the 20th century. Known for their obsession with brittle, unattractive interior plastics and rather uninspiring characteristics, choice wasn’t on the consumer's side of the fence.

This is when GM decided to ramp things up in such a way that it was like proving to the rest of the industry what lacklustre efforts were being made in the name of speed. They guffawed in the face of those who were screaming ‘there’s no replacement for displacement’ like a stuck record, and decided to dump the 4.3-liter Vortec V6 into the Sinoma-bodied GMC. The results were, in the politest way possible, terrifying. Just look at this truck for sale with GAA!

A quick history lesson tells us that in 1991 the fastest accelerating production car manufactured in the United States was, believe it or not, the GMC Syclone you see here. It’s a pickup - what on earth were they thinking?

It was so quick that the only two cars across the globe that were quicker were the RUF 911 CTR and the Ferrari F40. It’s quicker than a 964 911 Turbo; there are simply no adjectives for this.

Automotive journalists of the time had a huge amount of fun making headlines for their magazines trying to rub it in Ferrari’s face as much as possible how for a ridiculous amount less than a 348 you could have a far more practical car that was also quicker. Despite these headlines production was limited to just 2998 units, with three being manufactured in 1992.

Although the sales information of the time claimed 280-horsepower, you may also be thinking that hitting 60 in 4.3 seconds with that little horsepower is impossible. You would be correct, many claim that the official power figures were restrained for insurance reasons, and that figures around 330hp are far more likely. Indeed, this makes more sense when considering the 3500lb weight.

The example here has to be one of the very best available. With just 6800 miles recorded it is evidently immaculate. With rare opportunity of becoming the third owner we are holding ourselves back from chucking in a cheeky bid. Even Jay Leno used one as his daily driver in the nineties, that has to be a vote of confidence.