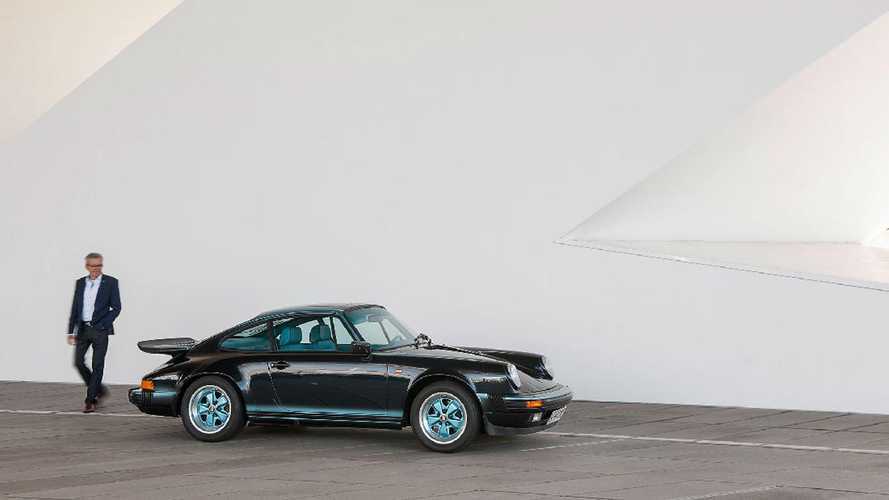 In the 1980s, one Porsche employee decided his good-looking company car needed a visual boost...

Company cars can be exciting, especially in today’s world, but the clue is in the name in that they belong to the company. There’s little room to rock the boat if you’re supposed to be representing your brand when sat in the vehicle.

Tilman Brodbeck, now 74, had a different idea when he was working for Porsche as executive assistant to the CEO back in the 1980s. He got a 1984 model year 911 Carrera 3.2 Coupé on a year’s lease, and with a hobby for customization, decided to give it a light turquoise hue running the length of the predominantly black car. Back then it looked futuristic, and now its character is deliciously retro.

Designing stand-out liveries wasn’t Brodbeck’s occupation (at that point), and his Porsche career prior to ‘84 included being a body tester and then designing the Carrera RS 2.7’s “Bürzel” ducktail rear spoiler, and the 911’s front spoiler. During this time he did the ‘revolutionary’ act of spraying a 911 Turbo 3.3 a Pearl White Metallic colour.

Customisation was available by the time Brodbeck got his Carrera 3.2, but not to the extent he took it to. When Porsche Exclusive was finally established to answer such consumer demand, guess who ended up fronting it?

For his 1984 car, Brodbeck enlisted the services of legendary Porsche designer Anatole Lapine and the Edwal Rempfer paint shop, which took the car off the production line after the primer layer to provide the look he desired. Once it was applied by hand it was returned to the production line for the interior to be fitted out with some unexpected changes.

It left the factory with turquoise-dyed velvet carpets with leather edging, and fully leather-upholstered interior parts. Every single bit of the interior got that treatment. Although the flashy interior couldn’t be seen on the road, the turquoise-lined exterior certainly turned heads.

“The turquoise glinted like crazy,” said Brodbeck. “On my first trip to Füssen, I was queuing at the border and almost everyone coming in the opposite direction had a good look.”

In 1986 the car was sold and ended up being shipped to Sweden. It clicked through 100,000km before a Porsche collector encountered it in 2017. His friend knew Brodbeck and the car, and convinced the collector to buy it. Post-purchase it was given a complete overhaul by Porsche Classic, which covered nearly everything bar the leather, which was still in exceptional condition.

The intermediary owners had looked after it, meaning it was still a stunner to look at, and when reunited with Brodbeck after 33 years apart, it was as if no time has passed at all.