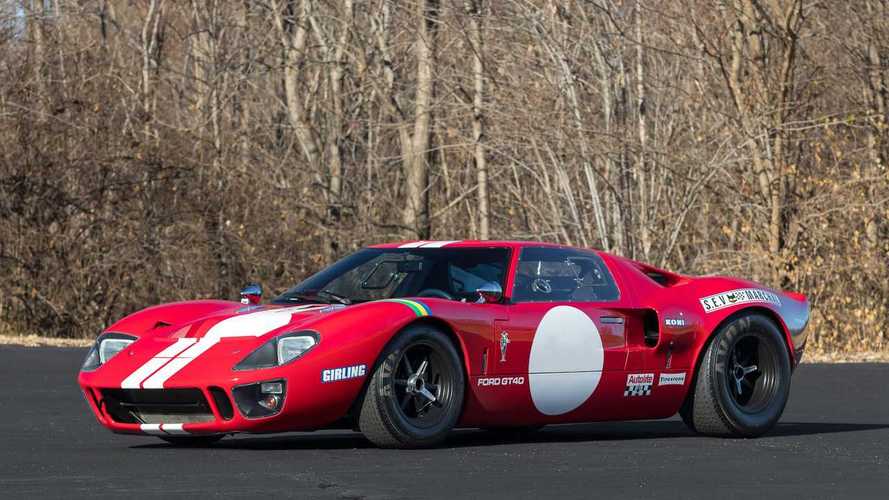 Famous for dominating the Le Mans 24 Hours in 1966, you can now experience the thrills of the Ford GT40 Mk1

For a year that epitomises the swinging ‘60s, look no further than 1966. England won the World Cup, the fastest plane in existence was put into service, Star Trek began, ‘Sgt. Pepper's Lonely Hearts Club Band’ was recorded by The Beatles, and Ford locked out the podium in the Le Mans 24 Hours with the GT40.

In the Motorious classifieds is a GT40 MkI of that particular vintage, with an asking price of $179,995 (or $1827 per month). It’s been remarkably well preserved, with just 3756 actual miles put on it during its 52 year existence.

Powering the vehicle is a 408ci fuel-injected V8 capable of 600-horsepower, and it is a premium bit of kit. It has a 1-.5:1 compression ratio with its Keith Black aluminum pistons, has AFR aluminum heads, a roller cam, and TWM 50mm Throttle Body fuel injections fed by 42lb injectors. The technology in this engine was certainly ahead of its time.

It wasn’t just engine technology that powered the GT40 to victory at Le Mans, despite the lengthy Mulsanne Straight, as 24 hours of continuous running at pace required a reliable all-round high performance package.

The ZF five-speed manual transmission would have to go through thousands of gear changes throughout the race, and component wear in others required detailed fuel management. The car's a potent selection of Bilstein coil over shocks with four-wheel independent suspension would have also been punished.

This car ticks all the boxes to make it road legal, despite clearly being a track-focused machine, with air conditioning and an adjustable pedal box. In essence, if you want a car that can take you to and from the track, and then deliver in spades upon arrival, then buy the historic Ford GT40. If it was good enough for the likes of Bruce McLaren and Chris Amon back in ‘66, then it’s certainly good enough for you.