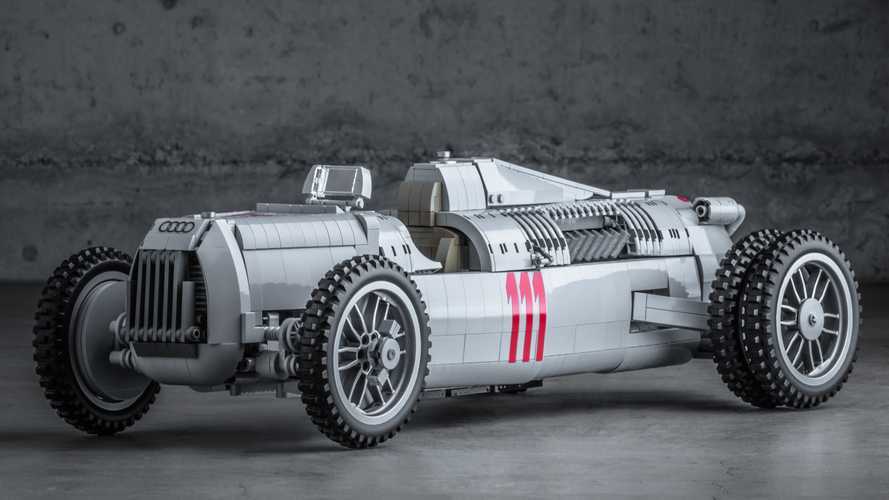 This 1:8 scale build faithfully recreates the iconic 1930's V16 racer, and we want one

There are some exceptional LEGO kits out there, but we’re constantly impressed by fan creations that show up in Lego Ideas. This one, however, has us absolutely blown away with the fit, finish, and especially the detail. It’s simply gorgeous from every angle, and we’d buy this in a heartbeat if Lego were to put it into production. You can help make that happen, which we’ll talk more about in a bit.

For those not familiar with this silver bullet, it’s an Auto Union Type C race car from the 1930s. Auto Union racers were the first to wear Audi’s now-iconic four-ring badge, and the Type C wasn’t hurting for power thanks to its mid-mounted 6.0-liter supercharged V16 that produced no less than 520 horsepower (388 kilowatts). Mind you, this was back in 1936 when most roads were still dirt, and cars with 100 horsepower were something special.

This Lego version certainly does justice to the famous race car. It’s faithfully recreated here in 1:8 scale, including a detailed cockpit and removable engine cover with the big V16 underneath. The replica was designed and built by Alexandre Rossier, and in an email to Motor1.com he said the project took 50 hours to complete. It’s comprised of 2,300 bricks, and features removable body panels to reveal even more detailed work inside. There’s a radiator up front, a gearbox at the back, and the tubular chassis is even period-correct underneath it all.

Lego Ideas isn’t just a place for creative builders to show off their projects. Each listing is given a chance to gain supporters, with extra time given to the project once certain milestones are reached. If a project reaches 10,000 supporters, it goes to a Lego review board for consideration as a proper Lego kit. Right now, this Auto Union has 1,289 supporters, which earned it 515 days.

Frankly, we want to buy this thing and we’ve already thrown in our support. If you want to support it, the link below will tell you everything you need to know. We’ll definitely be keeping our eye on this one over the next year and a half, and we wish Alexandre the best in bringing this build to the world.