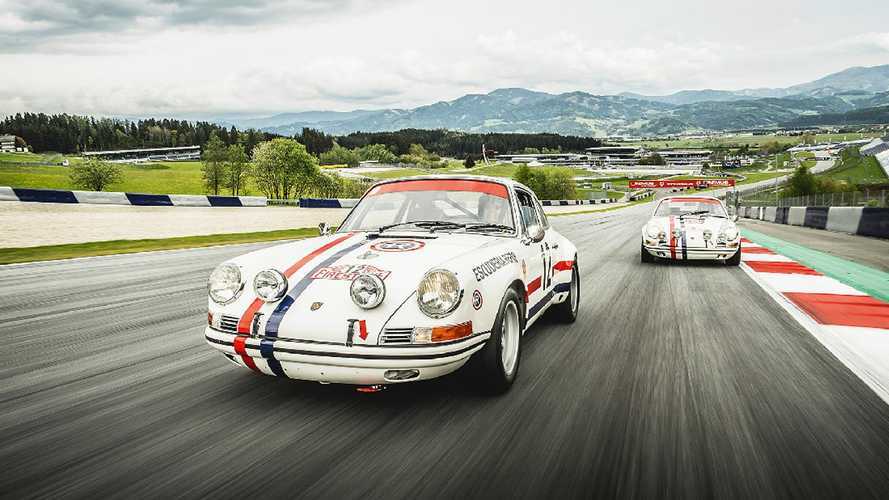 Porsche, Rallying, Spain. All very enjoyable, and all intrinsically connected. This is the story of the famous 911 ST 2.3s

Porsches in Spain are little heard of in the grand scheme of things, but the German marque has history in the country.

Under Spanish law, these racing cars were considered to be sports equipment and, in contrast to Group 3 vehicles, were therefore not subject to customs duty and import VAT. Doncel and team-mate Alberto Ruiz-Giménez started rally after rally in Spain with the cars, dominating that year’s national championship.

Their success continued for another two years until Doncel was involved in a serious accident which destroyed his car and led to him retiring from the driving seat.

Ruis-Giménex continued in motorsport but handed the keys of his Porsche over to José Manuel Lencina and then Miguel Lopez Jiménez, who used the car on the road. After a long history of Spanish ownership, the surviving 911 ST 2.3 was bought by Nikolas Knoll of Munich, Germany.

Knoll’s career experience was in economics rather than racing, but he was a Porsche fanatic, having had a friend whose cars were custom built in Porsche’s sports department, and had seen the 911 ST 2.3 in rallying as a teenager. It wasn’t until he was in his 50s did he follow suit per se, as he set about trying to recreate the famous car.

The project started in 2014 and began with the purchase of a standard ‘70 911 S. To get it into its rally-famous spec, he used the the period Sporttechnische Leitfaden für Porsche-Fahrer handbook, which detailed every part needed to convert the vehicle. These included wings, bonnet and bumpers made from glass-fibre reinforced plastic and other weightsaving add-ons, a lowered chassis and special wheels at all four corners. The most important part of the conversion process was the addition of a more powerful engine.

Said parts were sourced and the conversion made good progress. Then in ‘15, Knoll found the surviving Respol team 911 ST 2.3.

“Unfortunately, it had some engine damage, but after a thorough visual inspection with experts, I did not hesitate for a single second and decided: now you have two!” Knoll said.

The restoration of the original went hand in hand with the conversion of the copy, and he now had two copies of the famous car. He’s not the only one that enjoys them either, as they appear at classic motorsport events regularly and remind people that Porsche isn’t all about its endurance racing pedigree, and Repsol isn’t all about MotoGP.