This Chrysler Plymouth Hemi 'Cuda Is A French Racing Legend 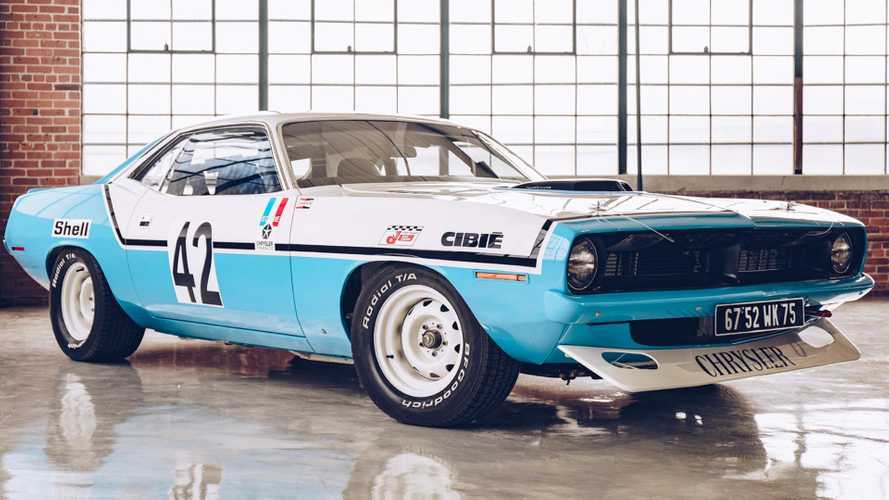 With over 60 verified race wins, this 'Cuda is one of the most successful in motorsport. Imported from America in 1970, it dominated in France

Chrysler’s HEMI-powered Barracuda muscle car needs no introduction as an American icon, but we’re betting you never knew it was also a coveted car in France too. This ex-Chrysler France racing car earned the slogan ‘Made in America, championed in France’ due to its huge success on track. It’s now for sale with Redline Restorations.

Handsome machine isn’t it? Its relatively simplistic livery is an exercise in less being more, with the two-tone paint scheme serving to highlight the car’s bold stance. The blue and white design represents the most successful colours of the Ecurie Chrysler team. This car’s beauty is far more than skin deep though thanks to an extensive restoration by Redline in 2012. Its owner wanted the car returned to the highest level of mechanical and cosmetic standards, something the company achieved via a ‘no expense spared’ restoration.

This ‘Cuda was quite the barn find with a group of French racing enthusiasts discovering it in the early 2000s. Painted in an anonymous shade of white, the car was driven daily with its owner oblivious to its historic provenance. It was only when the first few layers of paint were removed that this racing car revealed itself as the most successful Barracuda in motorsport.

Imported into France in 1970 for service in the Chrysler France team, this car spent three years campaigning in Group 1 motorsport. It has over 60 verified victories to its name at tracks including French Grand Prix venues Montlhéry, Paul Ricard, Dijon and Mangy-Cours.

Henri Chemin was the director of Chrysler France’s racing efforts, as well as a driver himself. He was responsible for ordering the batch of ‘Cudas in 1970, and is very familiar with the car in question. The search, verification, and restoration of this car is covered in the Telly Award-winning documentary ‘Henri Chemin and the Lost Hemi’. Post restoration in 2013, Chemin got the chance to drive the car he ordered over four decades earlier.

Today the car is eligible for vintage racing and has collected various concours awards over the years. It was the Chief Judge’s Award Winner at Greenwich Concours d’Elegance in '13, and a year later it won the same award at The Elegance at Hershey.

Perfectly restored and ready to race, this historic machine could take pride of place in your collection. Pricing is upon appointment, but potential custodians are encouraged to contact Redline Restoration for more information.