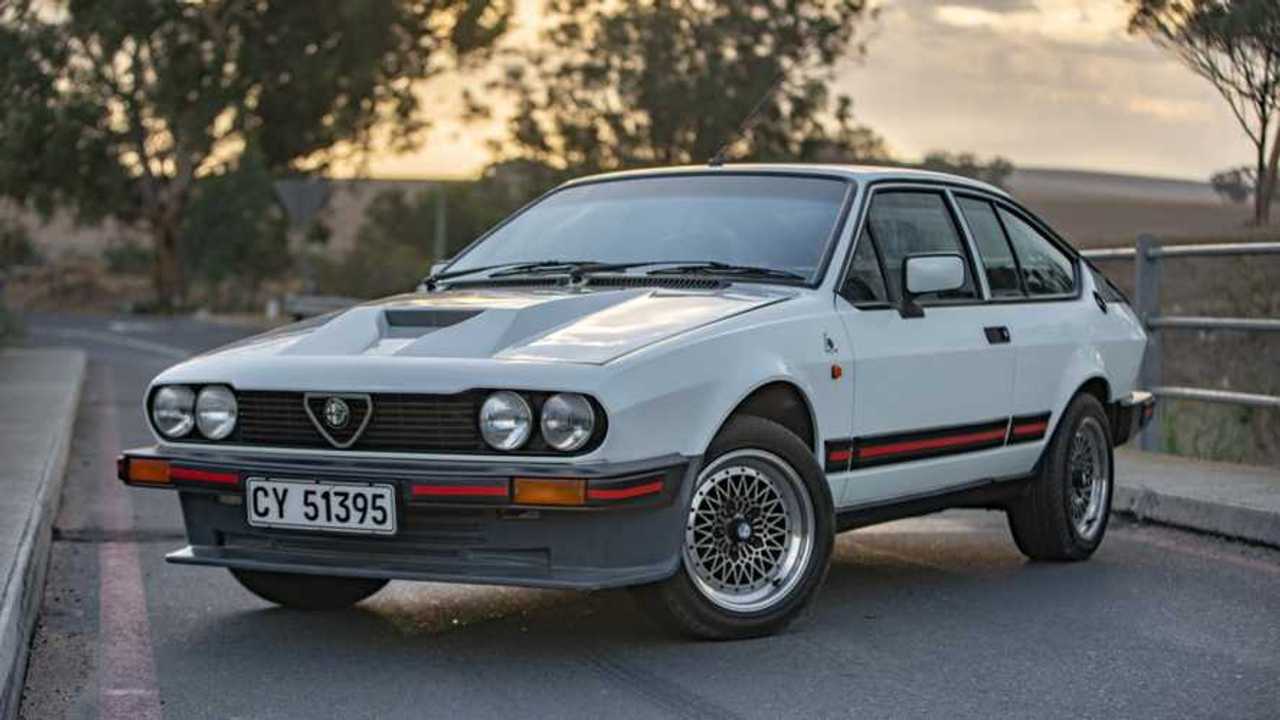 Built as an homologation special to dethrone BMW, this race car was bespoke to South Africa.

Alfa Romeo, GT, Busso, V6. A random selection of words that go together as well as eggs, pie crust, key limes and condensed milk. Although key lime pie is rather fantastic, we would argue most discerning car enthusiasts would say a GTV6 is even sweeter.

With a full blown orchestra patiently waiting to break into a crescendo under the aggressive louvred bonnet, combined with a design that by eighties standards was pure elegance, the GTV6 even had impressive dynamics. These flourishing cascades of compliments derive themselves from the famous transaxle arrangement in the rear with De Dion rear suspension; a setup stolen from Formula One cars of yore, so not too shabby.

So, what makes this particular Alfa Romeo GT Busso V6 special? It’s even rarer, faster, more provocative — and if it’s even possible — sounds better! Unlike the sweet sounding 2.5-liter cars that the rest of the world was graced with, South Africa was given quite the gift thanks to Auto Delta. This Alfa Romeo tuning company decided to work all sorts of magic on Busso’s masterpiece. The engine dropped the then fancy fuel injection and went back to the old school way; a thumping great sextet of Dellorto carburettors that slapped 172hp onto the asphalt — when it wasn’t in a garage being fixed or on fire, naturally. This was quite a raucous increase on the already potent 131hp from the factory spec 2.5s of the time, so raucous in fact, that is was known as the most powerful production Alfa of the era, and the fastest local production car.

The car was made as a homologation special for Alfa Romeo, who had spent significant time and energy in trying to knock BMW’s 535i from the top step in the Group One circuit racing championship. 220 homologation cars were made to comply with the regulations, with 200 required to be eligible for the series.

For those of you late to the party the Busso V6 was designed by a chap called, amusingly enough, Giuseppe Busso. His career led him from Alfa Romeo to become the Technical Director at Ferrari in 1946, with his main responsibility being racing engines, such as the Ferrari 125 1.5 V12. Upon returning to Alfa Romeo in the late forties, he led the company to make some of Alfa’s truest icons, along with our dearly departed Busso V6, in the 1970’s. Most poetic of all, however, was that Giuseppe Busso died just three days after the last of his V6’s were built, on 1 January 2006.

So it has the looks, the charm, the sound — that on its own is enough to end here — but it also enjoyed love affairs with the likes of Michael Schumacher, Jeremy Clarkson and probably most spectacularly with Roger Moore in Octopussy. Even better is that being a South African model, its propensity to rust might have actually been slowed enough to find models where suspension turrets are still attached to the structure of the car. We just can’t get enough of this GTV6, time to book some plane tickets.