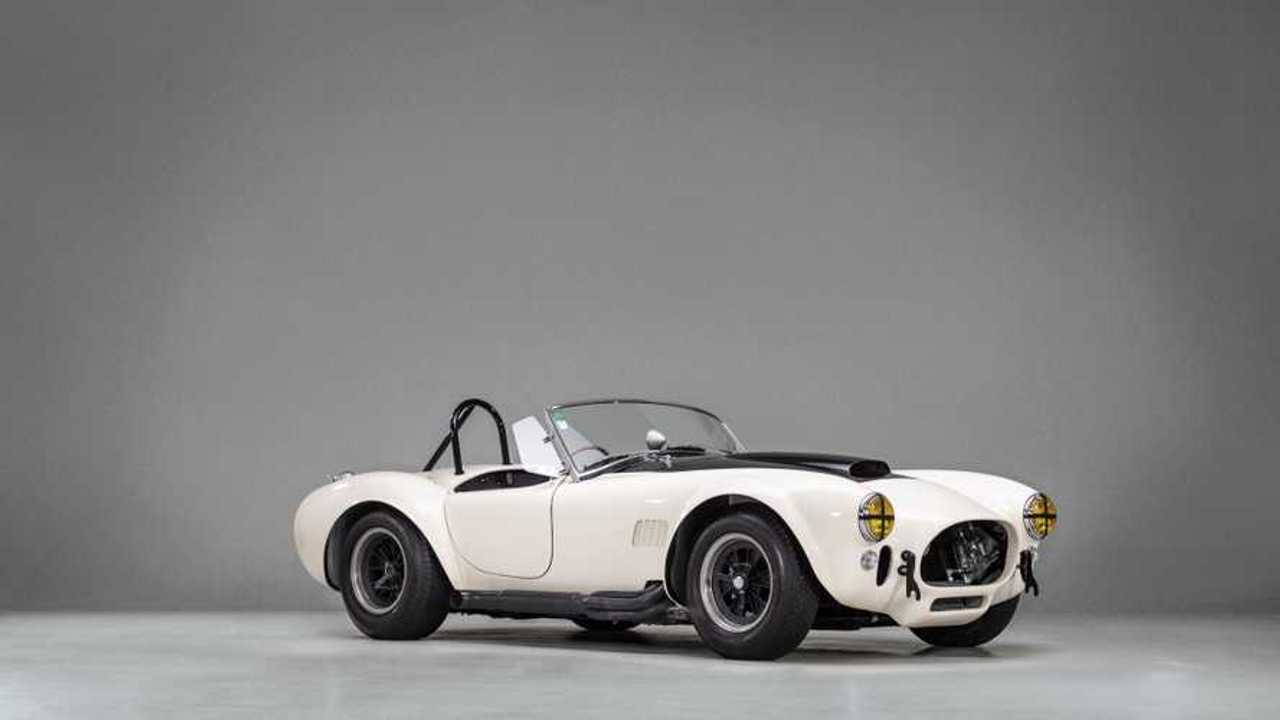 Stored only a month after it was purchased, this Cobra went on to see plenty of track time during notable races!

There are few cars less captivating than the iconic Shelby Cobra cars. A beautiful example of the era of the American roadster is heading to the auction block during RM Sotheby’s March 2019 event in the form of a 1965 Shelby 427 Competition Cobra. This one of only 19 cars of its kind is one of the rarest Cobras you’re likely to see anytime soon. Raced during the 1960s, this Competition Cobra was manned by several different Formula 1 drivers, and saw track time during in a few notable races - this might be one of the most significant factory Competition Cobras around.

The chassis CSX 3006 car was given an extremely potent competition 427 side-oiler aluminum-head engine from the factory, and covered in a coat of metallic blue - a shade light than the team cars - and gold Le Mans stripes.

Built for William G. Freeman, Hi Performance Motors in Los Angeles, California was originally invoiced for the car on April 7, 1965 for a price of $9,600, plus a fee of $24.86 for the shoulder harness. The car was picked up with a set of FIA Halibrand wheels, and was lacking the usual Cobra nose emblem.

Freeman would man the wheel in two SCCA races, before landing a racing contract in Europe. The car was then listed for sale, only a month after received, as a Cobra Mark II with ‘extras’ included - the car failed to sell through this listing. In the winter of 1965, it would go up for sale again, and Freeman would sell his Competition Cobra to an Air Force Captain in Ohio, who would then sell it to The Chequered Flag in London, England.

The Cobra was converted to a right-hand drive vehicle, and was back on the track in 1966. Bob Bondurant was one of the various drivers to take the wheel in racing events under the ownership, until The Chequered Flag sold it in 1969.

Fast forward many years, and the race car received a no-expense-spared restoration by Legendary Motorcar Company. It was returned to the configuration it was in during a Brands Hatch win, and will be open for bidding  next month.