This Jaguar Was Abandoned In An American Shed For 36 Years 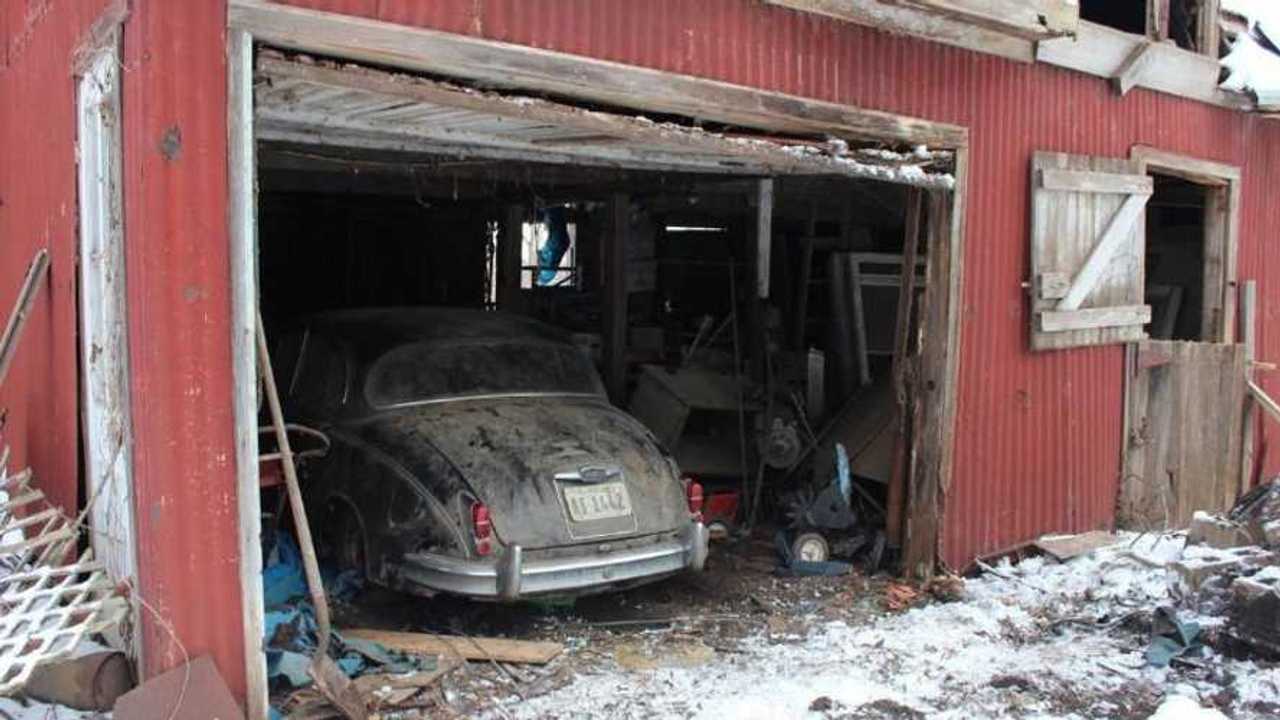 Rescued from a disused Iowa farm, this 1960 MkII proves that an old Jaguar is never a defeated Jaguar. Abandoned 36 years ago, this MkII oozes collector status

There’s nothing quite as charismatic as an old Jaguar. From the mature growl murmuring beneath the hood to the stately presence of an upmarket British saloon, from a weathered glint that rises from the chrome to the unmistakable scent of veneered trim mixed with worn-in leather. A battered and bruised old Jaguar may have seen better days but it is never beat.

Despite the knocks and scrapes along the way, an old Jaguar is both proud and steadfast, wearing its years proudly for all to see. The decades that have slipped by merely serve as a badge of honour rather than something by which to be embarrassed.

If ever there were a Jaguar that proves the case, it must surely be this very early MkII Jaguar that has been recently retrieved from an abandoned farm in Clinton, Iowa by the Chicago Car Club. The big cat is now up for sale and you can view it here.

Stumbled upon after the farm had been bought at auction, this 1960 Jaguar MkII proved a surprising but welcome find when the winning bidder opened up a barn verging on collapse. Tucked away behind a row of sturdy cinder blocks and a stiff wooden door, this left-hand drive MkII had been sitting in the same spot, unused, for thirty-six years.

Equipped with the top-of-the-range 3.8-litre inline-six engine that delivers a mighty 220 hp as well as automatic transmission, a limited slip differential, power steering and four-wheel disc brakes, this was a British saloon at the pinnacle of vehicle technology in its time. The VIN number of P210773 BW tells us this is the 773rd MkII produced. Used until 51, 370 miles had tallied on the odometer, it’s believed the MkII was parked up in working order back in 1983.

Despite some obvious rust damage evident along the sills and door bottoms, this Jaguar’s panel fitment remains excellent with the doors closing as smoothly as they did when new and the frame remaining structurally sound. There are no major dents to the body and most of the exterior has polished up well.

There are areas where the black paint had begun to flake away, revealing the MkII’s original colour of red. This matches the colouring still visible on the steel wheels, which sit beneath polished hubcaps. The glass is original and undamaged all round while the trunk is in good condition complete with spare whitewall tire, complete toolkit and owner’s manual.

As you’d expect, the interior has suffered some wear and tear, most obviously on the driver’s seat and worn carpets but, more importantly, the cabin is entirely original and intact. One of the most charming features is the Smiths Radiomobile under the dash, which still powers up nearly six decades on, as do the interior lights, gauges, column-shift light and window wipers. Get a closer look at the Jag here.