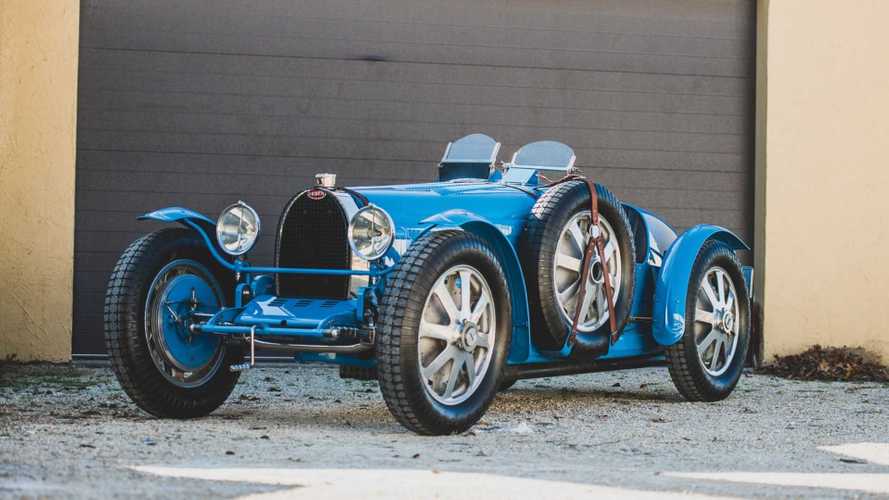 This Bugatti Type 51 was once raced by the works team and used as a test car. Its well-documented history and pristine condition means it could sell for $1.6 million

Bugatti’s grand prix racers are always something special with each car bathed in history. This regal 1933 Bugatti Type 51 Grand Prix will be one of the star cars at RM Sotheby’s Amelia Island auction set to take place on March 8/9 2019.

The provenance of this particular Type 51 is certain to get collectors excited, with it representing the first of five built in preparation for the 1933 season. Chassis no. 51153 was a works car registered to Bugatti of Molsheim, and subsequently used as a test car. Its famed factory drivers included grand prix winners Achille Varzi and René Dreyfus.

The Type 51 model dates back to 1931 where it replaced the much-loved Type 35. Ettore Bugatti licensed new engine architecture from Harry Miller’s successful Indianapolis race cars, something he put to good use by enlarging the supercharged straight-eight engines to 2.3-liters. The Type 51 wasn’t all that successful in motorsport due to more advanced competition, but Bugatti did produce around 40 of them up until 1934.

Bugatti didn’t keep records of the races that this individual Type 51 competed in, but its rare rear-axle ratio of 11 × 55 seems to suggest that it might have been used in the Monaco Grand Prix. Pierre Veyron finished ninth in that race driving a Type 51 - potentially this one. It is almost certain that the car also raced at the Dieppe, Belgian, Nice and Czechoslovakian GPs in '33.

This Bugatti raced in the UK in '34, attending events at Prescott, Brighton, and Shelsley Walsh — it even set the best time on two appearances at the latter. More fame came in the form of a 14.8 second record at the Hartlepool quarter-mile sprint.

In 1949 the car was modified to remain competitive with the addition of an ENV pre-selector gearbox, telescopic shock absorbers, dual external exhaust pipes, and Lockheed hydraulic brakes. Continuing to race at UK events in Weston-super-Mare and Queensbury, its then owner also toyed with fitting a two-stage supercharger from a Bugatti Type 50.

A complete restoration by Jack Nuttle in 1973 also saw recreation coachwork built for the chassis, and it's since changed hands on several occasions. It's formed part of several collections, including that of noted Bugatti collector Peter Mullin, and has been well looked after since its current owner acquired it in 2011.

Sandy Leith, the registrar of the American Bugatti Club, said that this car: "contains the single most important element of chassis 51153; that of continuous history. Whatever parts came and went over the course of its lifetime prior to the ownership of Raymond Jones and after the restoration by Jack Nuttle, the car was and is chassis 51153."