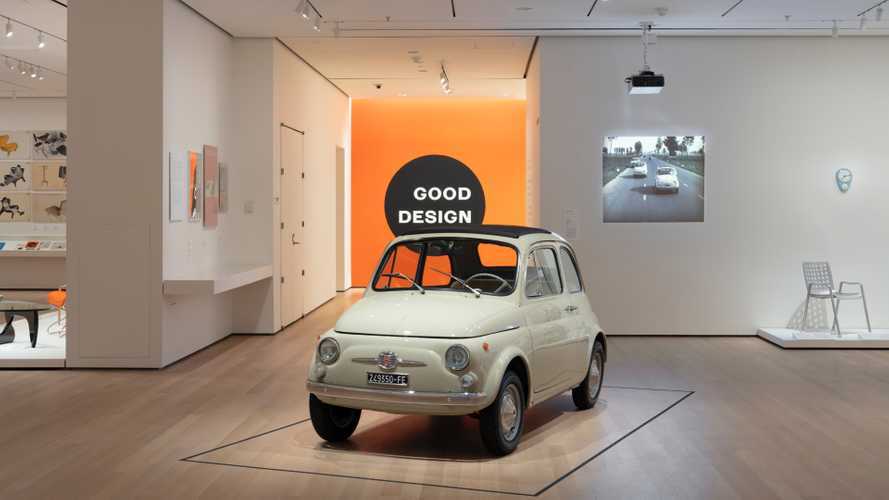 New York's Museum of Modern Art has just opened an exhibition on industrial design, and a shiny Fiat 500 is included

New York is well renowned as one of the most popular tourist destinations on the planet, and it now has one more feather in its cap to attract visitors: a Fiat 500.

This Italian classic isn’t parading through the city state’s urban streets, but actually is located at the Museum of Modern Art (MoMA). It was acquired by the museum two years ago, and the F series model was finally unveiled to the public for the first time a few days ago.

The car is distinguishable from other 500s due to the positioning of its door hinges, which open in the traditional way we’re all used to with everyday road cars, as opposed to the ‘suicide’ door formation the 500 in known for. This city car's museum debut takes place in ‘The Value of Good Design’ exhibition, which is curated to tell the artistic story of industrial design through various works in the MoMA collection. You better order your flights quick though, as the exhibition closes on June 15 this year.

So why have they included a Fiat 500? For one, it instantly reminds people of Italy, and the classic versions of the car certainly evoke a certain era of the country’s history, where it was struck by recurring economic crises. Although Italy’s historic architecture remains one of its top attractions, there is an economic reason why much of it is still used today.

The 500’s design was symbolic of the modernist movement, and it’s one that appears in many of the pieces in the exhibition. Art is usually rare, but over four million first generation Fiat 500s were built, with several more million being made when the car was relaunched in 2007.

Another contrast to traditional art is price, with the 500 always aimed as being an affordable motor for all in post-war Europe (and pre-recession) Italy. It was comfortable, roomy enough for four, and became an all-time classic. Personally, we prefer seeing classic 500s on the road than in museums.