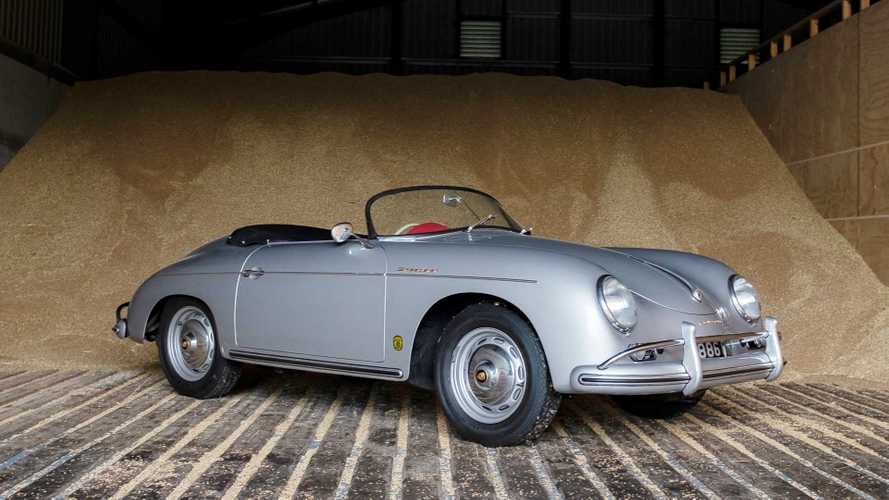 Woodham Mortimer has restored this rare 356 Speedster to mint condition, and it's now right-hand drive too

An original car, with a small tweak.

This 1958 Porsche 356 A Speedster, one of an estimated 555 T2 cars that were built, is being auctioned through Silverstone Auctions at Race Retro on February 23. And after a full restoration by Woodham Mortimer it now has right-hand drive.

As a collector item, the Porsche 356 is one of the most popular in the classic sports car submarket thanks to it being Porsche’s first production vehicle, but more importantly is renowned for being a nimble and lightweight machine. Impressive work for a first car.

“This is one of the best examples of a genuine Porsche collector’s car that we have had the pleasure to offer at auction,” said Silverstone Auctions’ managing director Nick Whale.

The 356 was first sold in New York by an official Porsche dealer, and had the instantly recognisable Silver finish and red leather interior. Being an open top car meant the 356’s sleek shape was made even cleaner, and it included minimalist styling of the day such as the two-spoke steering wheel, racing seats and leather-covered door panels.

A 1582cc flat-four engine powers the car, using 60 horses-worth to hit speeds of 100mph. The four-speed transmission shifts seamlessly thanks to Woodham Mortimer’s restoration, and with it being a T2 car it also benefits from performance parts such as an improved transaxle and steering box design.

It’s spent most of its life in America, and was last auctioned at the famous Pebble Beach, California in 2015. After that it was imported to the UK and given to Woodham Mortimer to undergo a faithful restoration.

This matching numbers car, which is accompanied by a CD-ROM showing the full restoration process, a copy of the Porsche Kardex and the original owner’s manual, can be bought at Stoneleigh Park, Coventry during the Race Retro show on February 23.