This Classic Fastback Mustang Has A Modern Coyote V8 heart 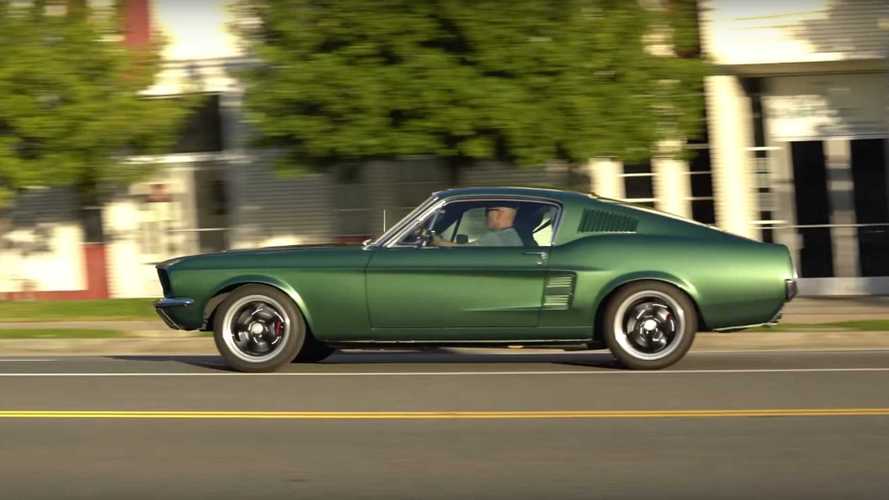 We all love classic cars for their beautiful styling and abundance of character that so many modern cars lack. However, if we’re really honest with ourselves, we also hate how they can be unreliable and somewhat lacking in the performance department. This handsome 1967 Ford Mustang Fastback might just be the best of both worlds, as it blends classic car looks with modern muscle. AutotopiaLA's latest video takes you around this fast Ford.

This Mustang is a beautiful restoration of a ’67 Fastback that somewhat harks back to Steve McQueen’s Highland Green machine from the movie Bullitt. It’s long nose and sweeping roofline is undeniably cool, but take a closer look at this American beauty, and you’ll notice some significant modifications.

Peering between the spokes of those 17-inch American Racing alloy wheels is a set of modern drilled ventilated disc brakes, each clamped by four-piston calipers. The car is also sitting a little lower thanks to two-way adjustable coilover suspension. However, the biggest mechanical change comes in the form of a 5.0-liter Ford Coyote V8 engine courtesy of a 2014 Mustang.

The interior retains the car’s simplicity with a large three-spoke wheel and minimalist dashboard, but subtle additions of green-stitched leather seats and Alcantara trim make it a little more plush. We really love the wooden trim that completes this well-specified muscle car.

Taking the classic for a spin results in some fantastic V8 rumbling as this ‘stang charges toward the horizon. It’s immediately clear that 420-horsepower goes a long way in this restomod as it has a quick turn of pace. That’s thanks largely to an improved power-to-weight ratio, as the classic Mustang weighs considerably less than the '14 car that donated its engine. However, the presenter does remark while driving over a bumpy road "even though it has a lot of modern Mustang components, it doesn’t feel like a modern Mustang. But I’ve driven true ’67 and ’65 Mustangs and it doesn’t feel like that. It’s nowhere near the slop that you get on those".

The beauty of this modernised Mustang is that it delivers on the old-school nostalgia, but also provides enough drivability that you could happily daily drive this now 52 year-old car.