This Shelby GT500 'Eleanor' Roams The Streets Of London 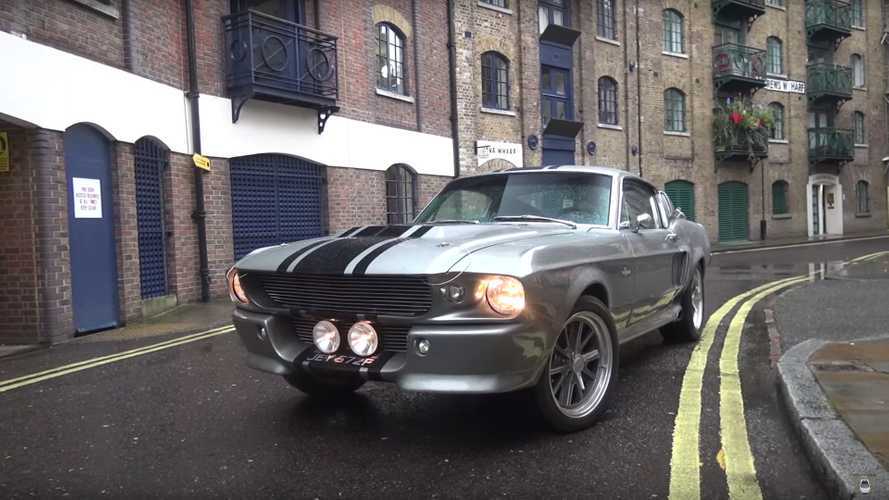 The four-wheeled star of 'Gone in 60 Seconds' rumbles through the UK's capital to the surprise of locals.

The 1967 Shelby GT500 Mustang from the hit movie Gone in 60 Seconds has become one of film’s most instantly recognizable cars since its debut in 2000. Dubbed ‘Eleanor’ after the female codenames given to the cars, these customized Mustangs are ‘unicorns’ in reality, as well as in the big screen plot. YouTuber TheTFJJ was lucky enough to ride shotgun as an owner took his Eleanor Mustang through the streets of London.

Erupting into life before settling into a muscular idle, this Metallic Pepper Grey Mustang is the perfect recreation of the movie car. Only eleven or twelve Eleanor Mustangs were created for filming, with seven reported to have survived the process. With the genuine cars coming up for sale very rarely, a handful of businesses will build you a replica of the famed pony car.

The 500-horsepower V8 muscle car roars through a series of tunnels leading to the River Thames, before tracing the banks. That guttural tone of its motor is rather exotic in the UK’s capital, especially considering the usual gauze of noise mainly consists of diesel buses and taxis. This Mustang appears to roam freely, a rarity in London, suggesting that the video was filmed early one morning.

While the video doesn’t provide any details on the car’s specifics, a bit of research revealed it to be registered as a Shelby GT500E — a replica built by Unique Performance under an official license from Shelby. Unique Performance will find an appropriate specification Mustang, restore it, and then convert it to Eleanor spec. The attention to detail is fantastic, with the interior and exterior looking every inch as spectacular as Nicolas Cage’s GT500.

$2.2m Shelby GT500 Super Snake Is The Most Expensive Mustang Ever

How The World’s Most Famous Shelby GT500 Was Born

If you’re in London anytime soon, keep an eye out for this movie star car jumping over traffic jams.