A Long Lost Piece Of Priceless (Alfa) Art Has Sold In Italy! 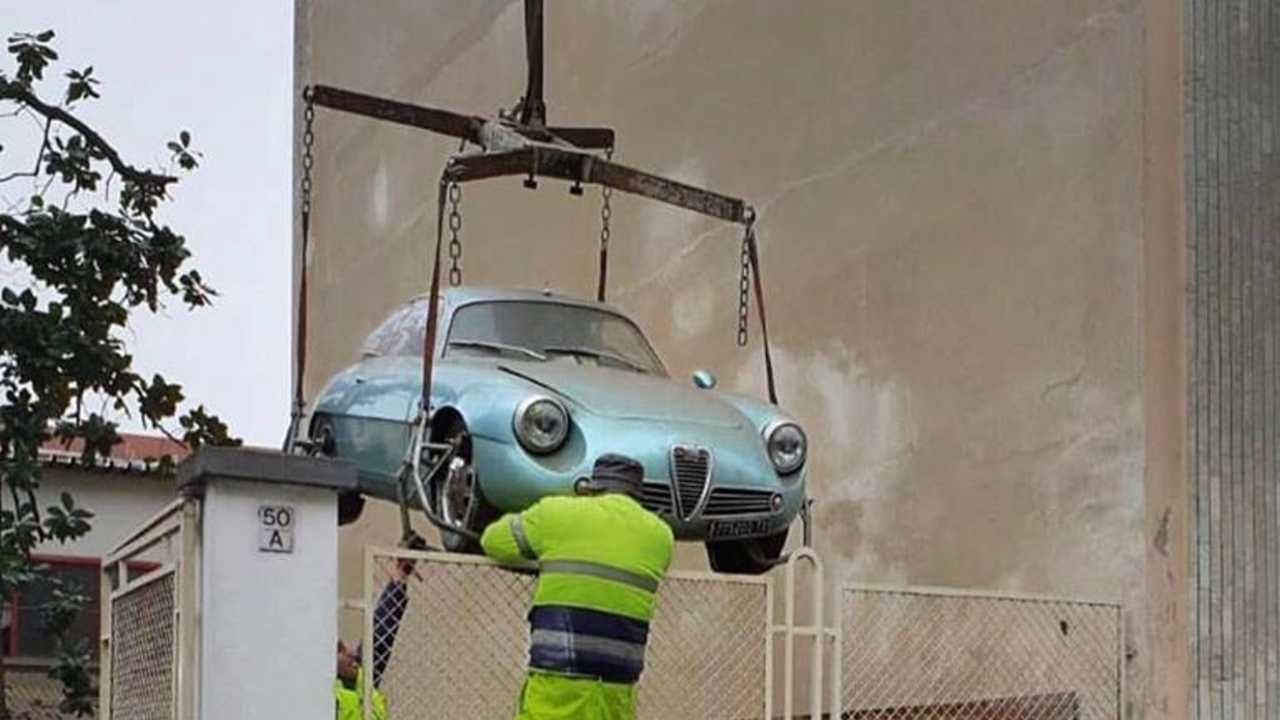 Prettier than the Mona Lisa, this long lost Alfa Romeo Giulietta SV has recently been craned to rescue and sold

The Giulietta is a beautiful car, and a beautiful woman, probably. It was a family car that went beyond its basic utilitarian needs, and evolved into a brilliant piece of design. If it had been displayed in art galleries during its day, rather than showrooms, it would have caused furore.

Legendary design house, Bertone, and coach builder Zagato, ended up getting involved in the Alfa Romeo Giulietta, and at the 1960 Geneva Motor Show you were able to see the true end product of their collective labours. As one art expert said on a trip to Paris in 1979, "I just thought it was awfully pretty and a terribly unusual design."

The SZ variant, as it was named, was produced in limited numbers, and was highly coveted. To some it was the only place in the world where one can relax entirely, and one Giulietta model built in ‘62 seems to have relaxed itself a little too long, having recently been rescued from a Turin garage and sold after 35 years of sleep.

To recover the vehicle, a crane had to be used, as the garage elevator was broken and the owner of the garage, a mechanic called Osvaldo, had died. In such a precarious operation, with several other rare cars having to be hoisted to rescue too, it wouldn’t be surprising if the age old adage, “Don't move. You might spoil a priceless work of art” has been used by the contractors as they lifted some highly valuable machinery away.

The rescue took place back in November, and the cars of the garage have now been sold at auction by government. Unsurprisingly, the Alfa Romeo Giulietta SZ (‘Sprint Zagato’) received a lot of attention and was sold at the cost of €567,000 ($645,950, £498,350) according to Facebook page ‘Alfa Romeo Giulia & 105 Series’, which also had images of the rescue and subsequent auction.

In addition to combining a beautiful design and build quality with the practicalities of a family car, the Giulietta also made a name for itself in motorsport as one of the first vehicles of its kind to be competitive at big name events, including eight Targa Florio class wins, a notoriously tough race.

As one mis-quoted academic possibly said of Renaissance art and the Alfa Romeo Giulietta:

“Ah, that Renaissance sunshine. Leonardo? The paintings went down very well. Everybody loved them. Last Supper, Mona Lisa. You remember the Mona Lisa? That dreadful woman with no eyebrows who wouldn't sit still.

“The Alfa Romeo Giulietta took a bit longer to catch on, but as I say, these things take time, eh?”